I don’t know about you, but my hunting time is extremely important to me. I don’t have time to waste nursing injuries or not be able to tread where I need to tread because of a lack of physical conditioning.  But this year, was much different than in years past. As a father of four active children, a thriving business, and all of my outdoor obligations, it was difficult for me to fit in a lot of time to exercise.

You would think that I, of all people, would know better! My educational background is in exercise physiology, so I know what it takes to get and to be in shape. I know all of the benefits of exercise, both to my health and in my ability to accomplish tasks, namely bag game.  But regardless of whether I knew this, I hadn’t done this and was (as many people are) also a little remiss to admit it.

Finally my dog forced me to address my physical conditioning negligence.

Back in mid July I took a look at my dog Apollo and realized that he was very much not ready for hunting season. He had been in “foster care” at my parent’s home for about a year (it took me a while to build the kennel) and was clearly overweight. When I let him out of the kennel to retrieve a few dummies, he would be out of breath after the fifth or sixth one.

His road to Wellsville started with simply taking him for a longer walk in the morning. I would let him run free and get as much exercise in the 20 minutes to a half hour that we had. And as we went farther and for longer, I decided to start jogging along with him. The next thing I knew we were up to several miles per morning. 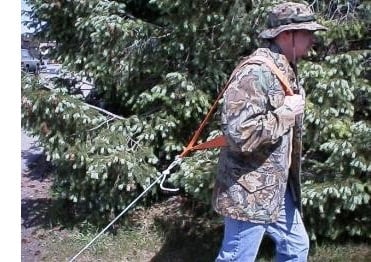 The nice part about this was that I was not able to slack off—Apollo would wake me with a few barks in the morning if I was not up and out at an appropriate time.

And once the seal was broken, it didn’t take much to find inspiration. All it took was a comment from my wife about how she liked the fact I was “tightening up” to inspire me even more. I added pushups and crunches every morning. I made a game out of it. For the first time in a very long time I was enjoying working out again.

Now, this is all fine and good, but what is the benefit beyond my overall physical health?  My hunting has become a great deal easier.

I first noticed it this year when I had to drag my canoe about a quarter mile to the edge of a river in order to take my son on the youth duck hunt. Of course I was breathing hard (it’s hard work), but I was certainly able to accomplish the task and I wasn’t even sore the next day! The next thing that I noticed was that it was a great deal easier to swing a sack of decoys over my back and walk along the waters edge while I sent them out. And when I came home after a morning waterfowl hunting, I was able to function for the rest of the day without crashing for a nap.

This realization led to an epiphany. Last year, I had to drag two deer out of an area back off the beaten trail for the better part of a mile.  It killed me.  It took hours.  I was sore for days.

Now I wanted to see if that would be the case this year and I looked around wondering what I could use to drag that would approximate a deer’s heft. Once again, it was turning the exercise into a fun, social activity that saved me from undue stress.

I found an old sled in the corner of the garage. I got a piece of rope on it, and then called for my two daughters, whose combined weight simulated closely enough the weight of a field dressed deer.  They found it very entertaining that dad was going to pull them around the yard, which is over two acres in size, in a sled, in the summertime.  As of last week, I was up to 4 laps at a pretty good pace without stopping.

You know, the evidence is overwhelming that a great deal of heart attacks take place during our November deer seasons.  Why not combine a little fun, some quality time with your kids, and enhance your overall enjoyment with some easy exercises that can prevent a heart attack, injury, or exhaustion?

And guess what? It’s not too late to get in shape for your hunting season this year.

Here’s my season shape up workout:

Walk, run or jog 1 to 3 miles. Wear the same pack that you will carry with you in the field, only make it at least twice as heavy as you think it will be. I even added another variable, in that I found a section of pipe that weighed approximately 5 pounds and is 3 feet long. The neighbors are a lot more accepting of this than a gun, bow, or rifle! 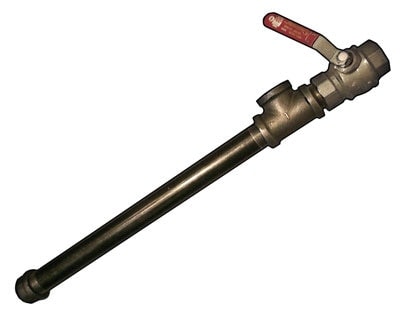 Find anything that you can approximate the weight of a dead animal, and pull it around. Do it until you are tired, take a short break, and then do it again until you are tired. Rinse (yourself down because you’re gonna sweat) and repeat. 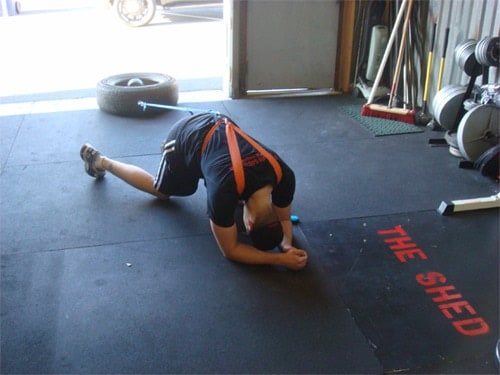 Light weight lifting or calisthenics will help your overall and core strength, and it doesn’t take much to make noticeable improvements.

Have some other great ideas? Let everyone know by posting in the comments below.