Common Sense Solutions: Give Police Pistols that Fit Their Hands

No matter how you look at it, and no matter what your opinion pro or con may be, police officers at times incur duties and assignments, some with life-threatening risks, that most ordinary people would run away from. So, why do things have to be made extra hard for them when common sense solutions abound?

The following is just one example of some wrong-headed thinking: officers with small hands are oftentimes unable to properly grip many of today’s high-capacity auto loaders, simply because their trigger fingers may be too short to really command the trigger. I’m not a big guy, and some pistols I quite honestly find hard to handle, only because the back strap of the pistol to that trigger is a long way for my short index finger. 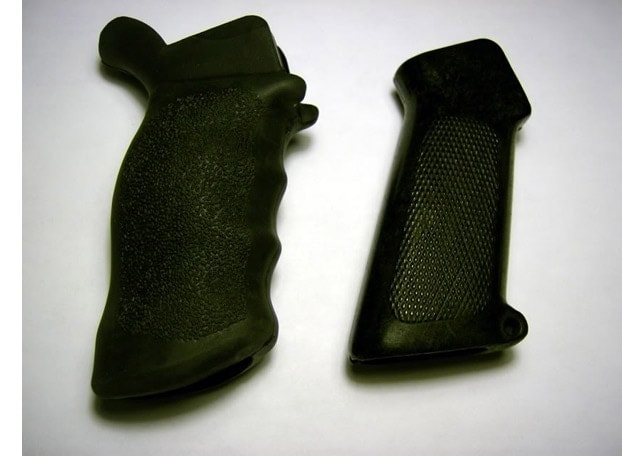 This creates an unfortunate situation in which police officers may be forced to use a strange twist sideways grip so the tip of their trigger finger actually reaches far enough forward to properly contact the trigger. This twisted grip in turn leads to trigger finger pressure being exerted downwards and sideways slightly, which can cause shots to impact low and to the left of targets for a right-handed shooter, and the opposite directions for left-handed shooters.

Now, come on. What is wrong with that picture? In my experience as an officer, it often seemed to be the primary cause for failure on the gun range for many of my fellow officers i.e. the gun didn’t fit them. I even witnessed some of their firearms instructors encouraging Kentucky Windage: compensating for this problem by aiming high and to the right.

Oh, really? So, let’s get this straight, while on the street, when that young officer has to actually use his or her sidearm for the first time against someone intent on killing them, they’re suppose to take a moment to remember to aim someplace high and over the shoulder of the suspect just to make sure they hit someplace on target? Good grief.  One would think there has to be a solution to this.  And there is.  And everybody reading this already knows it.

Someone much smarter than I once said, “we must bring the street to the range, not the range to the street.” Well, okay, that sounds like a pretty good idea. There are indeed some common sense solutions to this problem without having to revert to asking officers to use some strange grip that will most certainly throw shots way off target. How about police departments investing in one of the many newly designed pistols that incorporate change-out back straps or interchangeable frame sizes (as many, though not all of them, already have) geared to fit even the smallest hands?

Smith and Wesson and Sig Sauer, as well as some others, have models that allow for this. The S&W M&P model is one, as well as the Sig 250. For the folks who have large hands, a simple solution may be the ergonomic rubber grips that are available for most semi-automatic pistols. Hogue, by way of an example, makes some fantastic grips. 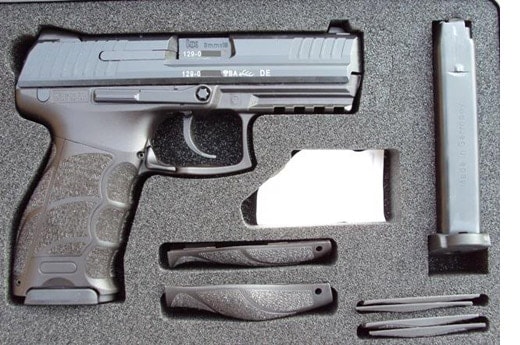