On Tuesday, the U.S. Appeals Court for the District of Columbia Circuit upheld the city’s ban on large-capacity magazines (mags holding more than ten rounds) and semi-automatic rifles.

The three judges who presided over the case ruled 2-1 in favor of the ban, upholding a lower court decision that found the ban and several of DC’s strict regulations for gun owners to be in accordance with the Second Amendment.

“The District has carried its burden of showing a substantial relationship between the prohibition of both semi-automatic rifles and magazines holding more than ten rounds and the objectives of protecting police officers and controlling crime,” said the majority opinion. 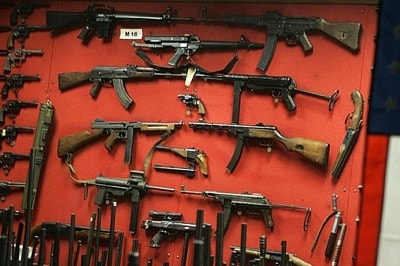 Judge Douglas Ginsburg penned the ruling and was backed by Judge Karen LeCraft Henderson. Judge Brett Kavanaugh dissented and argued that the ban was unconstitutional.

Despite the divide on ban, the three Judges agreed that some of the registration regulations that were presented during the proceedings should be sent back down to the lower court for further review.  Those regulations include ballistics identification requirements, five hour mandatory training, and the registration limit of one pistol every 30 days.

In response to the ruling, Washington Mayor Vincent Gray said, “It upholds our government’s authority to pass reasonable gun laws, and it supports the basic registration requirements as well as the bans on assault weapons and large magazines — each of which are key components of the District’s battle against violent crime.” 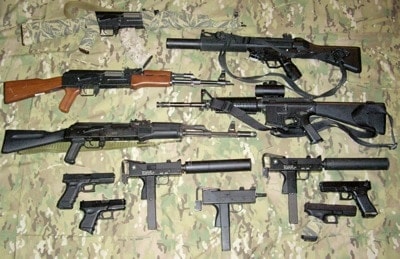 Dick Heller was the lead plaintiff in this case.  That’s the same Dick Heller who took down the DC handgun ban in the landmark (2008) District of Columbia v Heller case that was decided by the Supreme Court.

However, this time around his legal team failed to convince the appeals court that semi-automatic rifles and large-capacity magazines were critical to self-defense within the home or sporting activities.

“As the District points out, the plaintiffs present hardly any evidence that semi-automatic rifles and magazines holding more than ten rounds are well-suited to or preferred for the purpose of self-defense or sport,” the majority opinion said.

There may still be options on the table for Heller.  According to Reuters, a spokesman for the NRA said they are “considering their options for appeal which could include asking the full appeals court to review the case or going to the Supreme Court.”