With the Fast and Furious controversy now taking center stage, the other facets of weapons trafficking are now garnering attention from the media.  Mainly, ammunition smuggling.

USA Today published a lengthy article by Robert Anglen of The Arizona Republic that discussed Arizona-based bullet smuggling across the U.S.-Mexico border.

The article raises several cogent points, such as:

-Hundreds of thousands of rounds of ammunition are purchased each year from online retailers, big-box stores and at gun shows in Arizona and other Southwest border states, then are smuggled across the border. 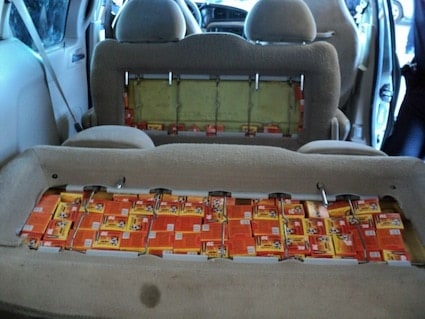 -Bullets are smuggled through border checkpoints at the bottoms of grocery bags. They are hidden by the box in the backs of cars and stashed by the case in cargo haulers, according to federal court records and interviews with law-enforcement officers.

-Over the past five years, seizures of ammunition at Arizona’s six ports of entry along the Mexican border have risen steeply, from 760 rounds in fiscal 2007 to 95,416 this fiscal year.That reflects both a stepped-up effort by U.S. Customs and Border Protection to check southbound vehicles for guns and bullets and a rising demand for ammo by drug cartels.

-Drug violence has claimed more than 35,000 lives across Mexico since 2006, according to government figures. Other estimates put the toll at more than 40,000.

The point is that just like weapons smuggling, bullet smuggling is a problem for Mexico, which finds itself embroiled in a drug war.

The question is then how does one go about solving this problem?

The article intimates that the optimal approach to solving this problem is to track, regulate, and/or restrict ammunition sales in the United States.  This would make it more difficult for smugglers to acquire and stockpile ammo.  Of course, this would also make it more difficult for law-abiding gun owners, specifically those who purchase ammo in bulk (firearms instructors, sportsmen, professional shooters, etc.), to obtain the ammo they need.

This approach clearly parallels pro-gun control advocates’ answer to stopping gun violence: make it extremely difficult for everyone to own a gun.

And as we’ve noticed over the years, gun control laws do not stop criminals from obtaining guns – instead, they thwart responsible citizens from exercising their right to keep and bear arms. 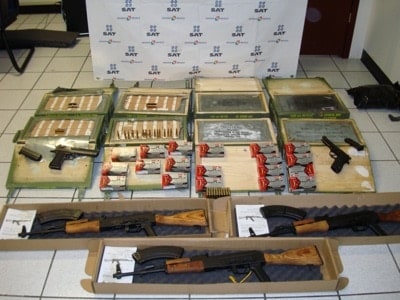 To understand this premise more clearly, one should examine Mexico’s stance on bullets.  As the article states:

In Mexico, ammunition is strictly regulated and possession of even a single illegal round can lead to prison. But there is nonetheless a steady supply of bullets. Almost all of it comes from the north.

Given these strict regulations, one must pose the question(s), who has all those illegally smuggled bullets?  Responsible Mexican citizens?  Or drug gangs?

Even if the U.S. were to completely stop the flow of smuggled bullets into Mexico, would it really prevent those cartels from getting ammo (did Prohibition stop people from drinking alcohol)?  Or would they simply find another supplier?

The article also states this:

According to law-enforcement agents, the cross-border trafficking is all about supply and demand. Mexican drug lords demand bullets, and the United States has vast supplies of ammunition.

If the U.S. is removed from that equation, does the demand for bullets decrease amongst drug cartels?  Or put another way: is the drug war in Mexico fueled by the U.S.’s supply of bullets?

No, of course not.

The U.S.’s supply of bullets is not a causal force in Mexico’s drug wars.   So, one has to ask himself/herself, why would one advocate for legislation that restricts or impedes the rights of responsible gun owners in the United States to obtain ammo?

While a law might prevent a marginal number of smugglers from carrying out their transactions, it won’t decrease the demand for bullets in Mexico.  And it won’t address the real causes of the Mexican drug wars (systemic corruption, poverty, joblessness, etc.). 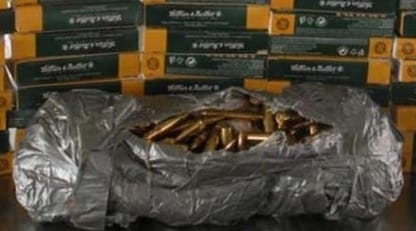 The article concludes by listing all the things that are not being done (save one) to regulate and/or track bullet sales in the United States:

-No major efforts are under way in Congress or Arizona to enact place more controls on the sales or possession of ammunition, say federal officials and interested groups say.

-In 2008, several Democratic members of the Arizona House introduced a bill that would have created a database to track manufacturers, retailers, purchasers and the ammunition itself. Only law-enforcement personnel would have had access. The bill, also introduced in other states, would have imposed a half-cent-per-dollar tax on each cartridge sold to pay for the system. The measure died in committee.

-In Congress, no recent bills have been introduced related to ammunition, according to OpenCongress, a nonpartisan, non-profit group that tracks legislation.

-After the mass shooting near Tucson on Jan. 8, in which Rep. Gabrielle Giffords, D-Ariz., was wounded, a bill was introduced in Congress to ban large-capacity magazines holding more than 10 rounds. The bill remains in the House Judiciary Committee.

While we can all agree that the U.S. needs to continue to crackdown on smugglers of any kind (bullets, guns, drugs, etc.), the truth is there shouldn’t be any major effort to control the sale and/or possession of ammunition in the United States.