Florida Lawmaker Wants To Use Firing Squads For Convicted Murderers

And while there are two states (Mass. and N.Y.) that have declared the death penalty to be unconstitutional and more than a few states that have no current death penalty statute, the majority of states (34) do support and carry out capital punishment. 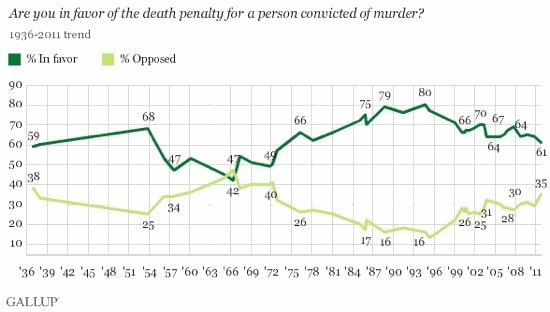 Thus far in 2011, there have been 37 executions.  And since 1976, this country has executed a total of 1271 individuals.  For those keeping track, Texas leads the total count with 475 executions.  The next closest is Virginia with 109 total executions. 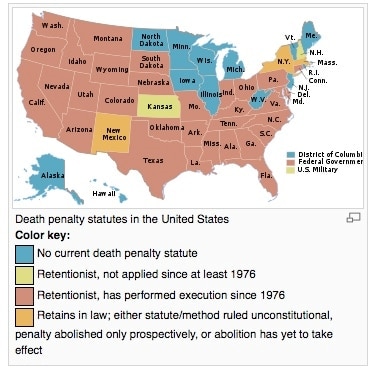 For those who criticize Texas, or any other state that supports the death penalty, remember that our own federal government also supports the death penalty.  Earlier this year the Obama Administration sanctioned the targeted assassination of Osama bin Laden in a Pakistan.  Of course, people will argue that he wasn’t a U.S. citizen and therefore wasn’t entitled to due process and the other individual rights covered under our Constitution.  And they would be right in that regard.

But the U.S. government isn’t afraid to kill its own either.  One should recall this story from a few weeks ago, a “U.S. Predator drone aircraft armed with Hellfire missiles carried out the targeted killing in northern Yemen of Anwar al-Awlaki, a radical Muslim cleric who was a U.S. citizen, and also killed another American who produced virulent propaganda for al-Qaida.”

The point is we are, by and large, a nation who believes that those who maliciously kill should be killed.

The question then becomes by what means should we administer justice?   Of course this question is tightly tied to what constitutes cruel and unusual punishment. 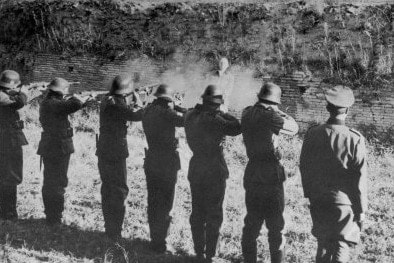 Florida Rep. Brad Drake (R-Eucheeanna) has an answer to that question.  He believes that a convicted murderer should have a choice between a firing squad and an electric chair.  According to Drake, Florida’s current method of execution, lethal injection, is letting convicted murderers “off easy.”

“I think if you ask a hundred people, not even talking to criminals, how would you like to die, if you were drowned, if you were shot, and if you say you were put to sleep, 90 percent of some of the people would say I want to be put to sleep,” Drake told the Orlando Sentinel. “Let’s put our pants back on the right way.”

Rep. Drake’s reasoning is that these more ominous forms of capital punishment would force individuals on death row to consider their punishment “every morning.”

As a result, Rep. Drake has filed a bill that would eliminate lethal injection as an option and would institute firing squads and electrocution.   The Florida legislature will have a chance to review the bill this January when the 2012 session begins. 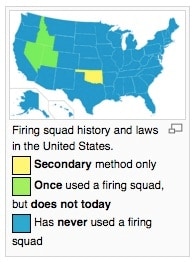 Critics of the bill see it as an “embarrassment” for the state of Florida.  Howard Simon, the executive director of the American Civil Liberties Union of Florida, told the Orlando Sentinel, “Just when you thought that public policy in Florida couldn’t get worse, along comes a state rep who develops proposed legislation from what he overhears at the Waffle House,” Simon said.

He added, “Given all that former members of the Florida Supreme Court and the American Bar Association have said about Florida’s broken death penalty system, including the nation’s highest number of exonerations, this would be embarrassing — if our legislature were capable of embarrassment.”

However, it might not be as “embarrassing” as Mr. Simon makes it out to be.  Just last year, Ronnie Lee Gardner was executed by a firing squad in Utah.  Now, it was the first execution by a firing squad in 14 years and since then Utah has adopted lethal injection as its sole means of execution.