Remember back in high school when people used to write drama-filled notes back and forth to express their angst and anger with one another in lieu of meeting face to face? That’s what these letters between Rep. Darrell Issa (R-Calif) and Attorney General Eric Holder are beginning to remind me of.

Now obviously the stakes are much higher, we’re talking about Fast and Furious, a government-sponsored gun walking operation that went horribly awry and not whether Issa heard rumors that Holder was kissing his girl under the bleachers.

Nevertheless, the tone of the letters is reminiscent of those “he said, she said” letters back in the day.

For example, Holder sent out a letter last Friday that said this, “I have no recollection of knowing about ‘Fast and Furious’ or of hearing its name prior to the public controversy about it. … Prior to early 2011, I certainly never knew about the tactics employed in the operation.”

Holder is in the classic “I don’t remember/deny” mode.

Issa responded this week with his own letter.  In it he iterates many of the things we have come to learn about Fast and Furious:

Perhaps the most disturbing aspect of this intransigence is that the Department of Justice has been lying to Congress ever since the inquiry into Fast and Furious began. On February 4, 2011, Assistant Attorney General Ronald Weich wrote that “ATF makes every effort to interdict weapons that have been purchased illegally and prevent their transport into Mexico.” This letter, vetted by both the senior ranks of ATF as well as the Office of the Deputy Attorney General, is a flat-out lie.

On May 3, 2011, I asked you directly when you first knew about the operation known as Fast and Furious. You responded directly, and to the point, that you weren’t “sure of the exact date, but [you] probably heard about Fast and Furious for the first time over the last few weeks.” This statement, made before Congress, has proven to be patently untrue. 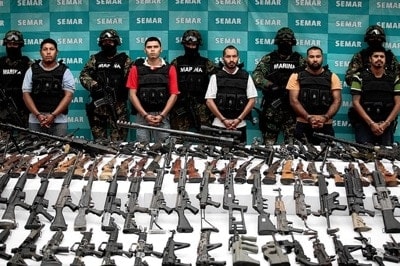 At best, this indicates negligence and incompetence in your duties as Attorney General. At worst, it places your credibility into serious doubt.

Operation Fast and Furious was the Department’s most significant gun trafficking case. It related to two of your major initiatives – destroying the Mexican cartels and reducing gun violence on both sides of the border. On your watch, it went spectacularly wrong. Whether you realize yet or not, you own Fast and Furious. It is your responsibility.

In the aforementioned paragraphs Rep. Issa is essentially saying to Holder: you’re friends and colleagues have lied about this, you lied to my face about this, you knew about this for quite awhile, you’re either a liar or an incompetent boob, your credibility is shot, and it’s all your fault.

Although I tend to agree with Issa’s well-substantiated accusations (in high school terms, it’s pretty evident Holder was kissing Issa’s girl under the bleachers) all this talk, back and forth, is cheap.  It’s all “he said, she said.”

Until we get Attorney General Holder before a court, there’s nothing that really needs to be said.  Both Rep. Issa and Sen. Charles Grassley (R-Iowa) should stop writing letters to Holder; they should stop tipping their hand.  It’s clear they have the evidence; they should save it for the courtroom.  And if they put as much time into building a strong and convincing case against Holder as they do in writing these letters, justice will prevail.