The Things They (Really) Carried: The Karl Gustav M/45

It’s strange how weapons can get into the hands of the military forces and end up being used in combat. For example, our guys in Vietnam during the 1960s and early 1970s inexplicably took to the Karl Gustav sub-machine gun as one they either hated with a passion or liked so much some tried to smuggle them back home.

The weapon known simply as the Karl Gustav to those folks who used it, was actually the 9mm m/45 sub-machine gun originally produced by the Karl Gustav Stads Gevarsfaktori company of Sweden. It had an orthodox design with no real frills at all, and it used a simple tubular receiver and barrel cover with a folding butt hinged to the rear pistol grip assembly.

While the weapon itself is pretty ordinary, its magazine is not. On a great many sub-machine guns the magazine is probably one of the most troublesome items, insofar as reliability and maintenance, relying as they often do on spring pressure to push rounds towards the receiver where they are fed into the firing system.  The m/45 the magazine, however, holds 36 rounds (a kind of strange number at that) in twin rows that are tapered into a single row by the use of a metal wedge cross section piece.

During the Vietnam era, the new magazine proved to be remarkably trouble-free, and it was soon widely copied by other gun manufacturers. In essence, while there was a spring mechanism, the plate at the forward end of the spring conformed to the magazine’s unique shape of the piece and pushed the double rounds up and into the single chamber. Feeding a system in this manner, operators found that there were virtually none of the misalignment issues common with the magazines utilized in other sub-machine guns. 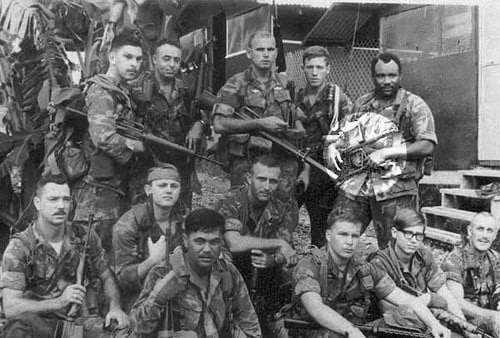 The m/45 became one of Sweden’s most significant export weapons, and a number of them were sold to Denmark and Ireland. Egypt went on to produce a licensed copy of the weapon, naming it the m/45B Port Said, while other copies were produced in Indonesia. The m/45 was acquired by the Central Intelligence Agency and silenced versions were pressed into service in Vietnam. They were used in Vietnam, primarily by the Special Forces folks and those few “Black Ops” specialists, but the silencers were not all that effective and, consequently, the weapon saw limited service.

The m/45 had a standard barrel length of 8.385 inches and a total length of 31.8 inches. With the folding buttstock, such as the ones used on special assignments in Vietnam, the total length was right at 21.7 inches. It had a cyclic rate of fire at somewhere between 550 to 600 rounds per minute and a muzzle velocity right on the button at 1,198 feet per second. 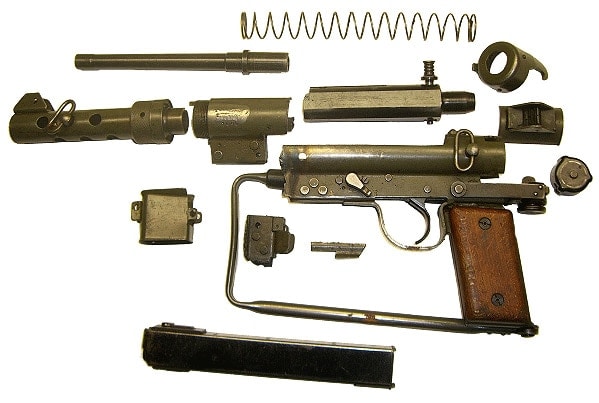 Carl Gustav sub-machine guns are pretty hard to find here in the states now, but I would imagine that if you made a concerted effort to find one, someone would be willing to sell it to you. It’s hard to say what sort of price it could fetch in today’s economy, but I would imagine somewhere in the range of $450.00, something like that. All in all, the unique m/45 was a great weapon and you just have to know that it would look incredibly awesome in your collection. The “Black Ops” stories you could tell would … well, you get the picture.