Rep. Curry Todd is an accomplished Tennessee lawmaker.  He was the lawmaker who championed Tennessee’s guns-in-bars law; a law passed in 2010 that stipulates patrons can carry firearms into a restaurant, bar or tavern provided they do not consume alcohol.

Last Tuesday Rep. Todd, who is a retired police officer, was driving near Vanderbilt University campus when local police stopped him.  According to reports, he was driving his SUV erratically, swerving around cars, and speeding, doing 60 mph in a 40 mph zone. 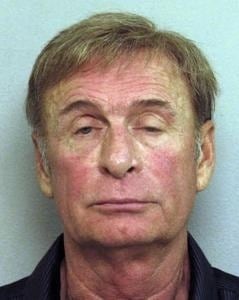 Rep. Todd refused to take a breathalyzer test, but the officers administered a roadside field sobriety test.  He was slurring his words and stumbling about and even admitted to being “impaired,” police said.  It was clear Rep. Todd was drunk.

Police also found a loaded .38-caliber handgun in a holster “stuffed in between the driver seat and the center console” according to the affidavit.

Rep. Todd was arrested and charged with the possession of a handgun while under the influence and with drunken driving.  He was taken to jail and released on $3,000 bail the next day.

Immediately following the arrest, Rep. Todd resigned as chairman of Tennessee’s firearms task force.  And yesterday it was announced that he would also “temporarily” step down as the chairman of the House State and Local Government Committee.

Yet, despite the obvious trouble he is in, House Speaker Beth Harwell (R-Nashville) believes he will rebound from this incident.

“I think Rep. Todd has every anticipation of running for re-election, and voters of his district will make that decision,” Harwell said in an interview with TNReport. “We will just have to wait and see what happens thereafter.”
Harwell added, “I’m proud that Rep. Todd has done the admirable thing, which is resigning from this position.”

Others are not so sympathetic.

“He spent all his time arguing that as a permit holder that we don’t violate the law, we’re responsible and of course we would never drink when we had our guns, and then be arrested for the very thing that he was out there clamoring about is a little bit of poetic justice if you will,” Dread said in an interview on NewsChannel5.com.

Also weighing in was Lt. Gov. Ron Ramsey, the Republican speaker of the Senate.

This is a huge blow for responsible, law-abiding gun owners.  Like it or not, it makes us all look bad.  And proponents of gun control will not forget this.   We must always be mindful of how fragile our reputation is, all it takes is one incident to inflict catastrophic damage.   People forget and forgive many things, but hypocrisy is not one of them.