Advanced Armament Corp. might be a hit with their civilian fans and put up a great face over at The Farm, but we all know they’re target market is law enforcement and people who tell the military what they’re going to carry and not the other way ’round.

Their 300 BLK chambering is a handy and versatile close-quarters cartridge that can be swapped from heavy subsonic bullets to light, fast, and ballistically fierce rounds with no changes to the equipment. 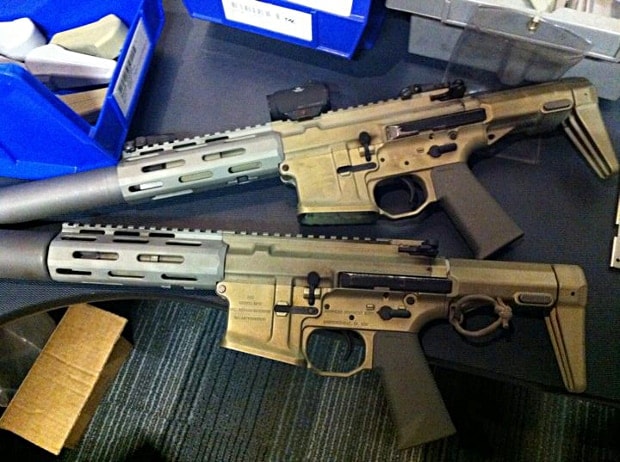 And no matter how you slice it, the Blackout is in a totally different class than the Parabellum.  The Honey Badger, a super-compact AR-platform rifle, dimensionally similar to the silenced H&K MP5SD, is looking to give it a run for its money.

Not to mention every other suppressable submachine gun in pistol chamberings out there. 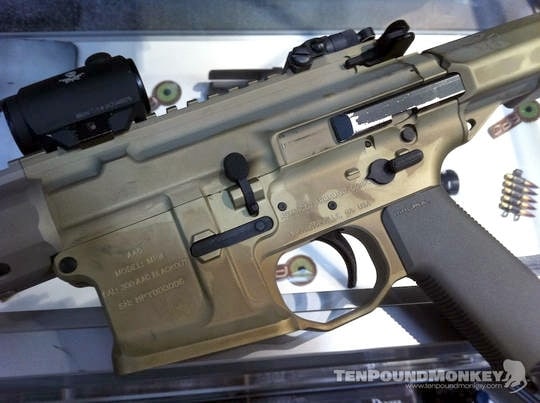 Ten Pound Monkey ran across that fine animal at the AUSA expo, (he’s also the guy that found the back-from-the-dead Remington ACR/Magpul Masada) and subsequently, AAC blogged about it, although details are still quite scarce. 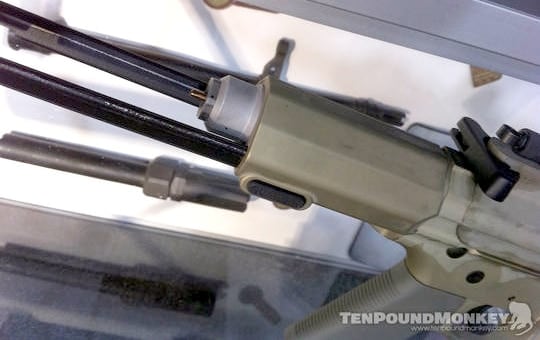 The Honey Badger has modified upper to accept a custom telescoping buttstock that collapsed, it doesn’t look a hair longer than the buffer tube itself.  It’s also using the new Magpul Moe+ grip.  The barrel is a slight six inches long; it looks as though the silencer is longer than the barrel by several inches.  And by the condition of those Honey Badgers, they’ve “tested” the bejesus out of those guns. 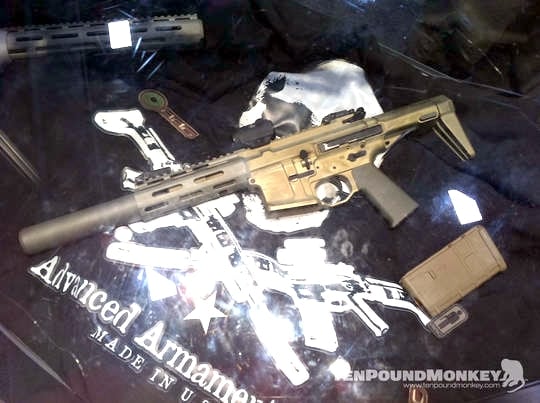 But the name, Honey Badger.  Ha!  The Advanced Armament Corp. sure knows how to make us laugh.

If, by chance, you have no idea what the hell we’re talking about, here you go.  Don’t… don’t watch this if someone who can fire you is standing over your shoulder: