His last name is being spelled four or five different ways in the western media, but one of the most common ones is simply Gaddafi.  However it is spelled, after 42-years in power, Muammar al-Gaddafi remained perhaps the most enigmatic figure in the Arab world, though his death in his hometown of Sirte, courtesy of Libyan Rebel justice, will provide answers.

Officially he maintained that he kept one foot solidly planted in Islam, yet allowed many of his family members to openly cavort in the ways of the west.  And  in the scope of Western influence in the region, his 42-years in power were mostly maintained on the coattails of this hypocritical “charm”, cozying up to leaders in first world nations with promises of reform and support for regional campaigns while at the same time subjugating Libyans under the auspices of Islamic law. 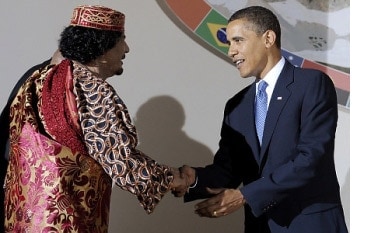 His dress was another issue entirely, one that most analysts in the west had a hard time coming to grips with. At times he wore the ceremonial garb of the Bedouins, Arab nomads who wish to have no home, but instead wander endlessly from season to season and place to place. At other times Gaddafi was seen wearing exaggerated military-style uniforms bedecked with numerous medals, all leading one to wonder what they were awarded for.

Like the former Ugandan dictator, Idi Amin, Gaddafi often wore self-awarded medals for obscure reasons. During some visits outside of Libya he had been seen wearing Italian two-piece suits, while in the next moment colorful and flowing ensembles of mismatched robes. Some European media outlets had drawn the conclusion that he may have had some cross dressing tendencies. Whatever the answer may be, it was certainly strange.

He maintained a 40 member inner circle of women as his personal bodyguards and protectors. Unofficially, they have been referred to as the Amazonian Guard, but they apparently were highly trained in various forms of martial arts and extremely proficient in a wide range of firearms. According to some reports, those 40 women had all taken vows of chastity, and their sole purpose was to protect or die for him (though reports of rape and other abuses straight from defected members of this entourage now abound).  Like Gaddafi himself, they were allowed to dress in western-style clothing not deemed acceptable in the Muslim world. Part of that dress was the wearing of high heel boots and shoes, even while donning patterned fatigues. 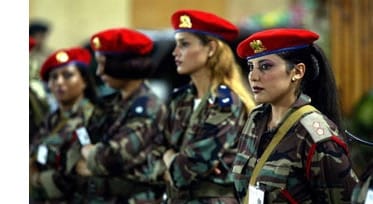 An interesting story about the dictator from Libya that was rarely told occurred more than forty years ago. It was when a genuine American hero faced off against Gaddafi at the gates to Wheelus Air Force Base. Wheelus back then was an air base for the United States Air Force, and Colonel Daniel “Chappie” James, Jr., a former fighter pilot with the Tuskegee Airman, was its base commander.

Well, anyway, Gaddafi at 27 years of age was an army captain and he led a small group of junior officers into a coup d’etat against Libya’s King Idris. The coup was successful and the dictator took control of the country. Within days of the coup Gaddafi turned his attention against the American presence in Libya and led his rag-tag group to Wheelus Air Base. It was October 18th, 1969, and Gaddafi rode in a column of armored personnel carriers. Once at the gate, however, Gaddafi dismounted and ordered his men to enter the base while he stayed back.

Colonel James, who was alerted to the attempted intrusion onto the base, strapped on his favorite sidearm and raced to the gate. Once there he found that Gaddafi was waiting on the dusty road outside the gate for his men to return. His men had all been detained by base security and the colonel and Gaddafi had a face-to-face showdown on that road. Gaddafi was apparently resting his hand on the butt of his pistol, but James ordered, “Move your hand away from that gun.” Gaddafi blinked but complied, turned around in the road and walked away. Colonel James stated later that if Gaddafi had tried to pull his pistol, “it would never have cleared the holster.” 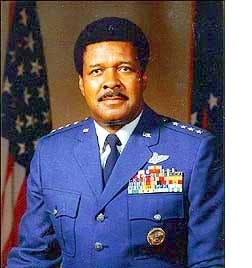 In September of this year, after more than five months of bloody fighting and over forty years of tyrannical rule, rebels within Libya finally drove Gaddafi loyalists out of the capital of Tripoli, in essence taking back control of the entire country. In the initial reports it was learned that the rebels captured at least one of his sons, while the dictator himself was at first not located.

Well, all that has changed. Yesterday, as the despot made a mad dash out of hiding in Sirte, NATO warplanes smashed his convoy. With most of his meager forces destroyed, the dictator managed to escape and hid in a culvert next to the roadway.

Rebels found him within hours, cowering in a drainage pipe.  Their brand of justice precluded a trial, for he was shot at point blank range mere moments later.

For a man who repeatedly referred to the now ruling Libyan rebels as “rats,” one has to wonder what went through his head during his last moments hiding a sewer.