The National Right-to-Carry Reciprocity Act of 2011 is a monumental gun bill.  If passed by Congress, it would allow any person with a valid state-issued CCW permit to carry a concealed handgun into any other state.  And to be clear, it would not set up a federal licensing system, rather it would simply require states to recognize each other’s carry permits.  This would be huge.  It would be full reciprocity for all states who issue CCW permits (basically, every state but Illinois).

Naturally, this pro-gun bill is going to draw criticism from the usual suspects.  The latest to come out against the reciprocity act is “budding progressive luminary” (as described in the Huffpo article) and New York Attorney General Eric Schneiderman. 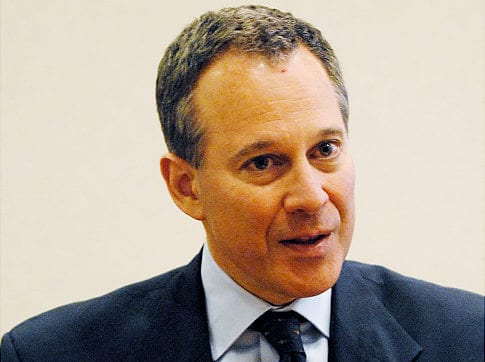 In the letter AG Schneiderman wrote:

I am writing to respectfully urge you and your caucuses to oppose the National Right-to-Carry Reciprocity Act (S.Amdt. 1618 (111th) & H.R. 822 (112th)), which may be before the Senate in short order. This legislation would have a devastating effect on the ability of law enforcement in New York to combat the scourge of gun violence. Specifically, it would force nearly every state in the Union — including those, like New York, with reasonable restrictions on firearm ownership and transport, that are essential to public safety — to abandon its own gun laws by allowing out-of-state visitors to carry concealed firearms based on their home state’s less safe laws, rather than those of the state they are entering.

This would create a lowest common denominator approach to public safety that would increase the threat to New Yorkers, impede the ability of law enforcement to do its job, and undermine the will of our citizens as expressed through their duly elected state legislators. Stated simply, it would make the people of my State — where we have long-held standards intended to keep firearms out of the hands of those who should not have them — less safe.

In watching the House Judiciary Committee hearing for The National Right-to-Carry Reciprocity Act of 2011 it became clear that one of the hang-ups the bill would face was this “lowest common denominator” argument.

In the coming weeks the Senate will review the bill.  Hopefully, the driver’s license example is enough to combat the “lowest common denominator” argument opponents are likely to cite.