The Third Degree on Third Down?: Pat-downs at NFL Games and Concealed Carry

On September 11th of this year, a South Carolina man was arrested for using a Taser on other fans during a NFL game in New Jersey. The NFL, like so many other organizations quickly responded with enhanced pat down procedures, all in the name of safety. The new procedures mean that fans will be patted down from their ankles to their knees, and from the waist up, where as before they were only patted down from the waist up. So obviously if you are a law abiding gun owner with a concealed carry permit, you will be leaving your gun somewhere other than on you. 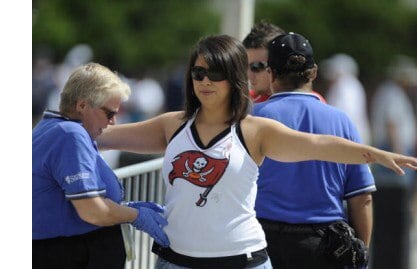 I know that having to defend yourself with a firearm in a crowd is the absolute last thing anyone wants to do, except maybe be in a position where you are completely helpless while you or your family are attacked. Ask that question of Bryan Stow’s family, the man who was beaten so badly by other fans earlier this year at a Dodgers game. Stow now has brain damage and may never recover. While this was not at an NFL game, would the outcome have been different if Stow or someone else had a firearm? Could this fate be in store for an NFL fan?

While I understand that the NFL is a private organization, the point is that not enough people are standing up and speaking out against such a rash move. While the incident of bringing a stun gun to a game is troubling, the pat downs and keeping the ability of any law abiding gun owner, who with his permit has passed background checks, scrutiny, and may even be retired law enforcement or military, from being able to defend him or herself or their family is like swatting a fly with a Barrett .50 caliber Unfortunately I think the lack of any outcry is that because all of the NFL stadiums are in urban settings where gun control legislation is already very strict, and the people are so used to it they just don’t bother anymore. That needs to end.

It isn’t just an issue of being able to carry a gun into an NFL stadium; it is the bleeding away of our rights all in the name of security. First it was our airports, then the trains, now with private companies getting into the act, what can we expect next? Benjamin Franklin once wrote “They who can give up essential liberty to obtain a little temporary safety, deserve neither liberty nor safety.” What are we becoming, and why are we allowing it?

I propose here and now that we all email or write NFL Commissioner Roger Goodell and tell him that as gun owners, as citizens we object to the over the top security measures that now run abound in his organization, and we will respond, by not buying, watching, or taking part in anything with an NFL logo on it. We must take a stand now, because these “for your own good” measures are increasing with every little event, and instead of just saying that we accept it as the new normal, we must choose a side, temporary safety or our liberties. 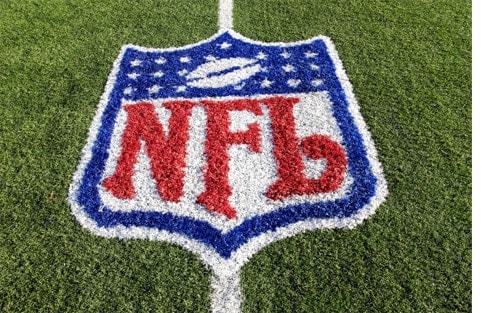