They go off to war, fight for our country, for each other, and for the lives of foreigners they do not know.  They kill the tyrants and despots who promote and sponsor terrorism.  Our veterans are selfless, brave and they represent the best of a generation.  So, why does the U.S. government arbitrarily strip many of them of their Second Amendment rights?

Well, one could argue that it stems from the way in which Washington views our veterans.

In 2009, U.S. Secretary of Homeland Security Janet Napolitano released a memo that said, “The return of military veterans facing significant challenges reintegrating into their communities could lead to the potential emergence of terrorist groups or lone wolf extremists capable of carrying out violent attacks.”

Napolitano later apologized for the memo, but actions speak louder than words.  And in reviewing the policy the government takes toward those veterans who have been assigned a fiduciary trustee, it becomes evident that there exists, at the very least, a tinge of discriminatory behavior on behalf of Washington. 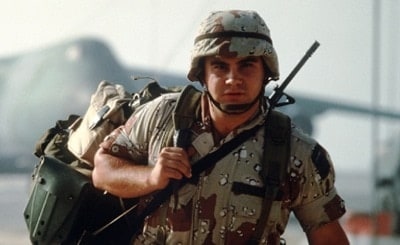 Currently any U.S. military veteran assigned a fiduciary trustee to act on his/her behalf is automatically declared “mentally defective” and is reported to the FBI’s National Instant Criminal Background Check System (NICS), the database Federal Firearms Licensees use to determine whether a prospective buyer is eligible to buy firearms and/or explosives.  Anyone deemed “mentally defective” in the system will be ineligible to make a purchase.

Where the confusion lies with respect to this particular policy is that the VA review process for determining whether or not a veteran requires a fiduciary trustee is based upon an evaluation of a veteran’s ability to manage his/her personal finances, veteran’s benefits, disability compensation, pensions, etc.  At no point during the fiduciary review process does the VA examiner make a judgment on whether the veteran is a danger to himself/herself and/or others.

So, in short, the policy says: if a veteran needs assistance managing his/her finances, he/she cannot own a gun.  Is it fair to make this assumption?

Sen. Burr (R-NC) and Sen. Webb (D-VA) don’t think so.  Together they have introduced the Veterans Second Amendment Protection Act, which would “clarify the conditions under which certain persons may be treated as adjudicated mentally incompetent for certain purposes.”  In other words, it would require a judicial authority to determine whether veterans pose a threat to themselves or others before they can be added to the NCIS database. 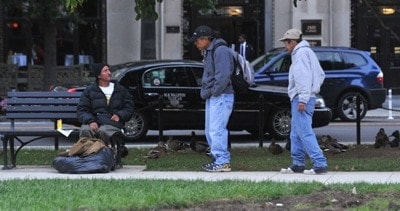 “As a matter of fairness, a veteran should be permitted to purchase a firearm under the same conditions as every other American,” said Sen. Webb. “This bipartisan bill ensures consistent guidelines are used for reporting citizens to the FBI, and that no veteran is needlessly stripped of their Second Amendment rights.”

Sen. Burr added, “Taking away a Constitutional right is a serious action, and veterans should be afforded the same due process under the law as all other American citizens.  This legislation would protect the rights of veterans and their families by ensuring that only a proper judicial authority is able to determine who is referred to NICS. Our veterans took an oath to uphold the Constitution and they deserve to enjoy the rights they fought so hard to protect.”

According to Sen. Burr, more than 100,000 veterans have been referred to the NICS as a result of the VA’s fiduciary trustee evaluation process.  As a result, they’ve all been stripped of the right to keep and bear arms.

Again, is this fair? Or is it discriminatory/prejudicial?

Well, as it turns out, there are approximately 7.6 million Social Security beneficiaries who have been assigned fiduciary trustees.  However, the Social Security Administration has not turned one name over to the NICS.

It would appear that not everyone the government assigns a fiduciary trustee is subsequently denied the right to keep and bear arms.