Melvin Forbes’ custom rifles have long been considered to be the industry’s best when it comes to lightweight, bolt-action, and most importantly, sub-MOA hunting and shooting sport rifles.  Forbes’ most successful rifle, without a doubt, is his Model 20, or Ultimate Mountain Rifle.  It set the standard with its accuracy, durability, and all in a 5¼lb package. 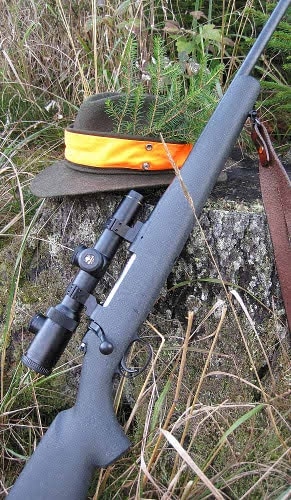 The Model 20 and its variants, the Model 20 Short, Varmint, and Rimfire, are available in many calibers, from .22 to .308 Winchester.  And we really mean any; if it will fit in the magazine, Forbes will chamber your rifle in it.  That’s the nature of custom guns.  Got a pile of .257 Roberts for some reason?  Get your Model 20 chambered in .257 Roberts.  You’re dropping three grand on the thing, get it the way you want it.

Although $3,000 isn’t anywhere near the ceiling for custom rifles, (even for Forbes, as it’s his base price for centerfire guns) three large is no small amount of cash.  Forbes’ rifles might be a bargain at that price point for custom rifles, but many people will never find out.

So Forbes has done something a lot of custom shops dream of but never pull off: go into production.  Forbes is still going to be running his custom shop, but the Model 20 is going into mass production now, with next year being the target for getting things onto shelves.  A couple of people already have their hands on them:

“I asked Melvin if he had a .270 Winchester lying around that I could use. It just so happens he did but this is a brand new rifle—a production version of the model 20 New Ultra Light Arms rifle. A rifle that 20 some odd years ago set the lightweight hunting rifle bar so high, no one else has been able to reach it. 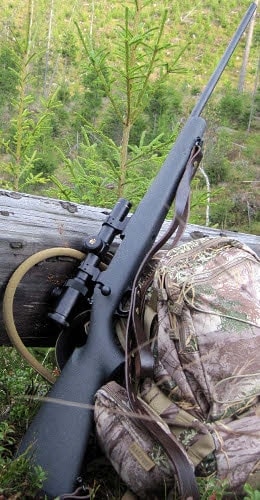 “This is not a do-over of the plastic-stocked Colt Light Rifle. This is a production rifle that will wear the exact same—tougher than a coal miner stock—that all custom New Ultra Light Arms rifles wear. It is 100% made in USA and under the keen eye and guidance of Melvin Forbes.”

“Forbes designed all the components and makes all of them for the NULA Rifles. But he sought out companies he trusts to fabricate the lock and barrel, but not the stock, on Forbes Rifles. ‘If I’m going to make a lot of them, Mark, I just can’t do it all myself,’ he said.

“A firm in Westbrook, Maine, which does a lot of defense work, including some for Colt, is building the Forbes Rifles actions. ‘Those guys do a good job with metal, and I trust them to do it right.’ Not only does Mel trust them to make his petit action, but the company will be assembling the rifles for him, too.”

Right now, the rifles will be made with Timney triggers and chambered in at least .270 Winchester and .30-06.

This is great news for anyone whose ever wanted to handle one of these legendary rifles.  Production might not churn out rifles as perfect as the production shop, but they are all sub-moa and the best part: half price.  Production Model 20s should sell for right about $1,500, making them a possibility for a whole lot more people.

Special thanks to Gunwriter and American Rifleman.