The Advanced Armament Corp. is really gearing up for the 2012 SHOT Show, and they’re trickling out little bits of info to get us salivating.  AAC is the company that came up with the impressive and versatile 300 AAC Blackout, or 300 BLK, an exceptional close-to-medium-range chambering that can be run fast and light, or sub-sonic and heavy as hell. 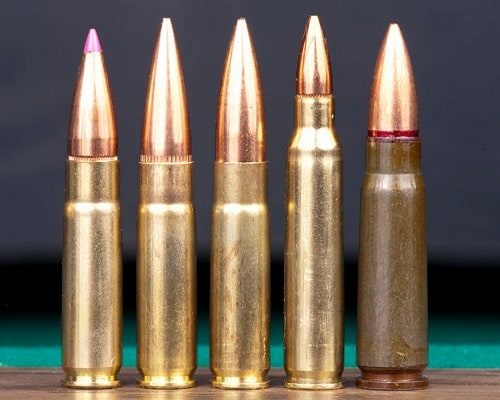 Because the 300 BLK uses 5.56 NATO cases shortened and necked to fit .30 caliber bullets, it’s easy to manufacture both ammo and rifles for it.  The overall cartridge length is the same as a 5.56×45 cartridge, and it doesn’t even need special magazines; just a .30 caliber barrel.  And because of all that, gun companies are warming up to it, fast. 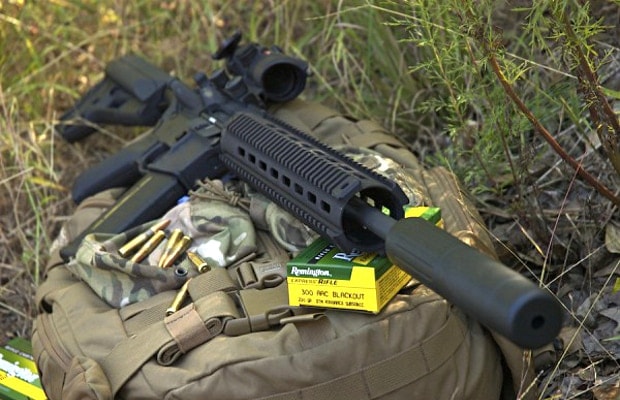 Bushmaster, back from the dead, is hitting the ground running with their 300 AAC Blackout rifle, called the 300 AAC Blackout Carbine.  They’re hoping to cater to the military and law-enforcement crowds with their AAC suppressor-ready model, all decked out with a full-length quad rail and Magpul furniture.  Its MSRP is going to be $1470, without a silencer.  We’re pretty sure that price won’t be a burden. 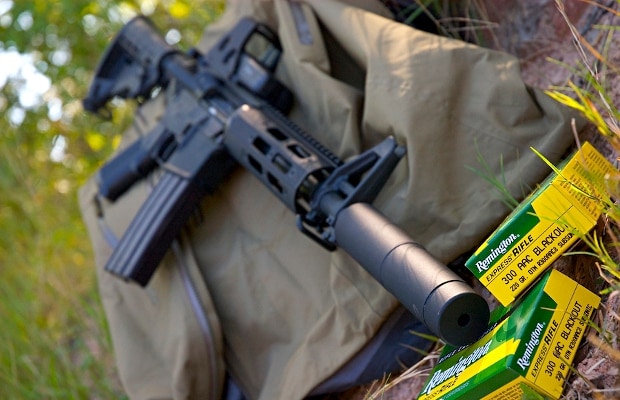 DPMS is also toeing 300 BLK waters.  Announcing two carbines, theirs are more conventional, save for their own custom DPMS M111 modular quad rail; the rest is M4 stock.  One will come with a standard A2 flash suppressor, the other with an AAC suppessor-ready compensator, like Bushmaster’s.  But they’re going one step further and including a fake can and information on how to get a real one.  No price is mentioned, but DPMS rifles tend to be more affordable. 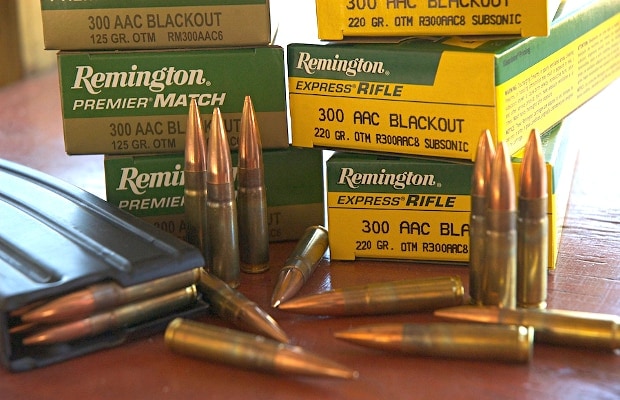 Remington’s stepped up their game and put a few more varieties of 300 BLK on the market, a Premiere Accutip for big game hunting, a  Premiere Match for shooting sports, and a 220-grain sub-sonic load for, uh, stuff, and junk.  They clock in around 2200FPS for the supersonic rounds, and 1050 for the quiet rounds. 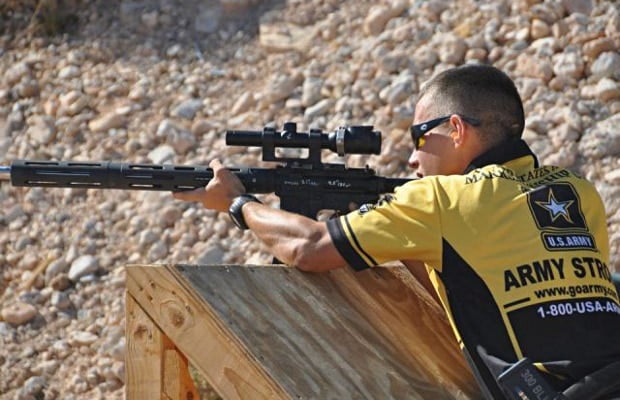 And just to show off how serious this round gets, this year’s USPSA Multigun champion, Staff Sargent Daniel Horner of the U.S. Army’s Marksman Unit, used 300 AAC Blackout to take the cup.  As a .30 caliber bullet, the 300 BLK makes major and handles superbly, although we’re pretty sure the shooter did some of the work himself.  He took first place overall in the Tactical Optics division at the Nevada finals, and then presumably partied his tactical face off in Vegas.