My Gripe with Wisconsin Gun Policies

I’m angry about the politics in my home state of Wisconsin. Now before you jump to conclusions (you think I’m going to gripe about Wisconsin’s new CCW reciprocity not being nation wide, don’t you?), you need to know that I am upset for entirely different reasons than have been in the news for the last year. I’m upset because we, Wisconsin hunters and sportsmen settled on a piece of legislation recently and, because we settled, there are hundreds, possibly thousands, of kids this year that won’t be able to hunt that could and should.

I’m talking about my state’s new Mentored Hunting Program, which permits children, 10 and up, to participate in state hunting opportunities without first completing a hunter’s education course and with their own gun, granted they stay within “arm’s reach of the mentor” and obey your local hunting rules.  On the surface this is a good thing (though I’m not sure about allowing children to hunt without verifying some sort of competency through a hunter’s education course).  What I don’t like is the age limit. 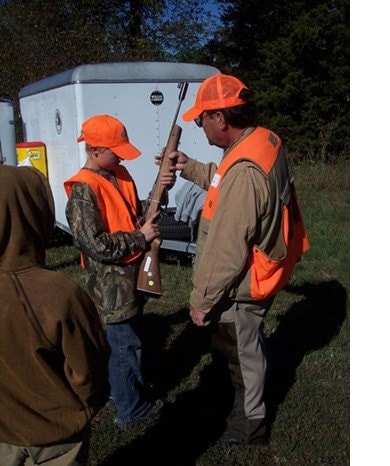 I am very fortunate in that I get to hunt in a great deal of places in this fine country of ours but I also understand that not everyone gets to do that, so I’ll spell it out for you. Hunting a great number of locations has exposed me to a variety of different state and local hunting regulations and, because of this lifelong exposure, I would say that I have a pretty good idea of what works and what doesn’t when it comes to hunting, laws, regulations, kids, and guns. And with the enactment of this recent mentoring law in Wisconsin, we’re denying children capable of handling a gun safely in taking to the field in way too many cases

I will use my own son as an example.

Two years ago I thought it would be fun to take my boy out pheasant hunting in North Dakota. My son has been hunting and shooting since age five but because of the recent agreements between that state and Wisconsin’s DNRs, he needed to take a hunter’s safety course in order to hunt out there.

I thought, okay, fair enough.  A little refresher course never hurt anybody.  So I got on the horn and tried to schedule him into a hunter’s safety course, approved by Wisconsin’s DNR.

And I did not get the response that I expected: because he was 9 years old at the time, most of the instructors refused to allow him to take the course. Their explanation for this was that since he could not hunt anyway (in Wisconsin at least), my son and I should bow out and allow kids who were aged 10 or above to take our space in the course.  Even after I tried to explain that we would be traveling out of state and he needed the hunter safety course to hunt legally in other states, they did not budge.

I didn’t know what to do until—finally—someone suggested that he take the online course and then simply schedule a field day (where they administer a written exam as well as a field evaluation), which is exactly what we did (and if you know someone that needs to take the course and can’t get in, you can do the same here).

So the outcome was for me, predictable—I am happy to say that my son passed—and also revealing, because he passed with a score of 98 percent on his test and a 95 percent on his field evaluation. Most of the older kids didn’t do that well. There were even several adults in the course that did not do that well! 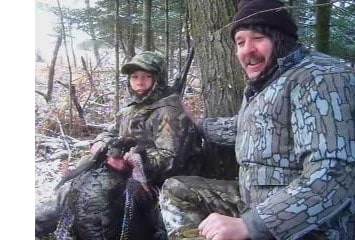 This isn’t about me bragging about my son, but his game bag to date is in excess of 40 ducks, four geese and four pheasants. He recently scored his very first double (on geese nonetheless) and I couldn’t have been more proud of him! And if I had been able to carry a gun as well, we would have probably added several more geese and several ducks to the bag, because according to Wisconsin law, he cannot carry a gun in the field if I am also carrying one.

Now, I love to hunt and I love to shoot game. I’ve done it for years and have become somewhat proficient at it. But I, like many others out there, have limits on my time and therefore ability to get out in the field as much as I’d want to.

I will happily sacrifice my time in the field for my children (and, actually, many other children) to help foster their lifelong enjoyment of the sport and continue a tradition of hunting and fishing in this country.

My question is, how many other people do you suppose there are out there that are willing to give up their hunting season?