On Tuesday, Public Safety Minister Vic Toews, introduced a bill in the House of Commons that would effectively abolish the long-gun registry and destroy all its records.

Hopeful that Towes’ bill will pass with Republican majorities in the House and Senate, Tory MP Candice Hoeppner, who had introduced a similar bill in years past, told reporters, “Today is a defining moment for our government.”

Hoeppner went on to explain the reason for killing the long-gun registry.

“The long-gun registry is not gun control, and because of that it is an ineffective and a waste of taxpayers hard-earned dollars,” she told reporters.

She also cited the fact that the registry has cost approximately $2 billion since its inception in 1995 and that that money should have been spent cracking down on real criminals, not farmers, hunters, and law abiding gun owners. 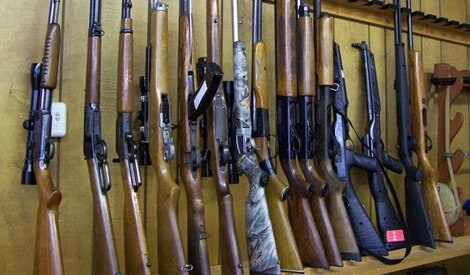 But many opponents of the bill, like NDP MP Françoise Boivin, from Quebec, see the move as a “slap in the face.”

Others called the bill an “ideological attack on facts and evidence.”

What are the facts?  Does the long-gun registry really thwart criminals or is it only used to harass, marginalize and inconvenience responsible gun owners?

Since the long-gun registry came into force, lawful gun owners have faced increasing scrutiny from police authorities. The surveillance has increased particularly since the Firearms Registry database went online. In the second quarter of 2003, the database was searched 95,503 times by police. By the first quarter of 2011, the number of searches had reached nearly 1.3 million.

“I can’t even begin to tell you how many members of CSSA we’ve had to defend in court because they were charged with unsafe storage, and the officer charging them didn’t have a clue what the safe storage laws were,” Bernardo told the Post. “You’re treated completely differently sometimes because you’re on that list. Sometimes it can get really, really crazy.”

But Pamela Harrison, provincial coordinator for Transition House Association of Nova Scotia, an organization that provides crisis services to women, disagrees.  She believes that the long-gun registry has done a tremendous job protecting women.

“The long-gun registry has made a significant difference in the safety of women in Canada since its inception in 1995. The rate of spousal homicide by gun has gone down 69 per cent and we attribute most of that to the impact of the gun registry,” she said.

“As a woman, the long-gun registry does not make me feel any safer or secure,” she said. “Criminals don’t register their guns and that the registry targets law-abiding citizens.”

“The long-gun registry does nothing to protect women,” she added.

As the debate rages on in the public sphere, it seems as though the government has made up its mind.

“I know that this subject has been an issue of much contention and much debate over the years but I want to assure everyone that our government has carefully examined all of the sides and the evidence and I can confidently stand in front of you today and I can say that the long-gun registry has been ineffective and it has been completely wasteful,” MP Hoeppner said.

All things considered, it looks as though the bill will pass with little trouble.

Perhaps there is something we can learn from our neighbors to the north?