Sure, one can examine the optics of the situation and point out that the once tranquil park has been overrun by a hodge-podge of personalities, from hemp-hooded agitators to drum circle bohemians to A-list celebrities to left-leaning political radicals, who have transformed the park into a tarpaulin labyrinth filled with co-opted shopping carts, cardboard signs and the bodies of weary souls who’ve spent the day fervently petitioning for something they can’t quite articulate. 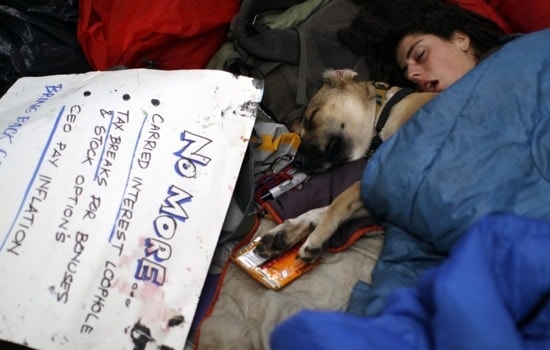 But aside from the obvious, what else has been affected by the Occupy Wall Street movement?

According to an article in the New York Post, shootings around the city have surged since the movement began:

The number of people shot surged 154 percent two weeks ago — to 56 from 22 over the same week last year — and spiked 28 percent in the last month.

Last week tallied another increase in victims — 22 people had been hit through Friday, including the three victims gunned down outside a Brooklyn school Friday.

Last year, only 17 shooting victims were logged for the entire week.

The recent gunplay has now pushed the number of shooting victims this year slightly above last year’s tragic tally — to 1,484 from 1,451 — through Oct. 16. What’s the reason for this spike in shootings?

Well, at least four high-ranking police officers believe that due to the additional resources and manpower needed to monitor the Occupy Wall Street protestors several hotbeds for criminal activity are being neglected resulting in an increase in criminal behavior.

In fact, the special crime-fighting units that typically patrol, prevent, and quell violence in those hotbeds have all been
diverted to Wall Street.

“Normally, the task force is used in high-crime neighborhoods where you have a lot of shootings and robberies,” one source told the Post.

“They are always used when there are spikes in crime as a quick fix. But instead of being sent to Jamaica, Brownsville and the South Bronx, they are in Wall Street.” 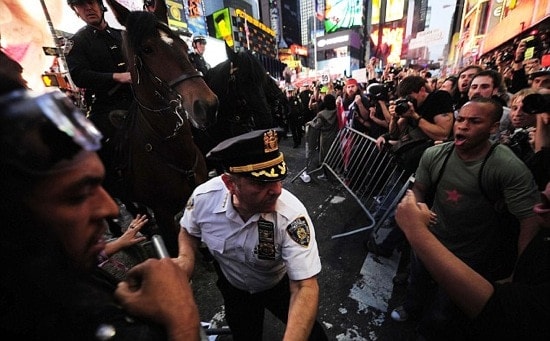 One officer noted the sheer demand an OWS march has on the city’s police units.

“When OWS marches, as many as 3,000 cops a day could be called on to keep the peace.  That’s about 10 percent of the total force,” he told the post.

Deputy Inspector Ted Berntsen, commander of the 13th precinct in Chelsea, also commented on the dearth of available patrolmen.

“The city is going crazy with demonstrations and protests, and I’m lucky if I can get four cars out there,” Berntsen said.

With fewer police officers walking the beat in troubled areas due to the demand in police presence the OWS movement has created, and with shootings on the rise, more and more New Yorkers may find themselves in potentially perilous circumstances.

It should be noted that New York City is one of the toughest places for law-abiding citizens to acquire concealed carry permits (New York is a ‘May-Issue’ state).