Well, that all may be moot by next year, if this rumor pans out:

OK, that may not seem like the most credible of hearsay-based testimonies; “So like, I was in this store, and the store’s guys, uh, have like, contacts?”  But let’s speculate.  Mechanically, it’s plausible; the P238 is not a blow-back pistol.

SIG didn’t invent the P238.  It’s absolutely a re-engineered Colt Mustang, a 1911-style, aluminum-framed pocket .380.  Up until April of this year, the Mustang had been discontinued.  The P238 had relatively little competition.  But that’s right, Colt is bringing the Mustang back, only this time without loosely-cast parts.  The new Mustangs will be made to higher specifications to reflect the seriousness of the modern .380 ammunition out there.

Which is why SIG could very well be planning a P238 in 9mm.  Even if this is just a crazy rumor, SIG should definitely consider rechambering the P238.  A lot of people who have been turned off the P238 by its first-year troubles, but are still nuts about getting a pocket 1911, will find comfort in the Colt Mustang.  SIG needs to adapt here, and break the P238 into other handgun markets. 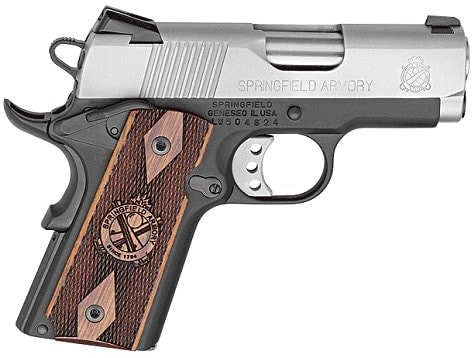 Comparatively, Springfield’s compact 1911s are heavy, both at 24 ounces without magazines.  The P238 only weighs 15 ounces.  And also, you can literally afford two P238s for the price of one EMP.  The Loaded Micro is also more expensive, albeit only by a couple hundred bucks.  Still, that’s a lot of ammo, whether you’re looking at 9mm Kurz or Parabellum.

If SIG comes out with a 9x19mm P238, and they don’t charge too much for it, it’s going to have more than just our attention. 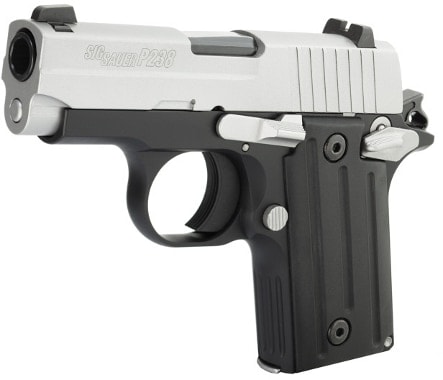