Memo to all gun owners: lock up your guns!   I know, I know, if only it were that easy.

The truth is that criminals, burglars, crack fiends will do just about anything to get their hands on your firearms.  The reason for this is, of course, that stolen firearms are as good as gold on the black market.

Gangsters, Mexican cartel members, drug dealers, etc. will pay top dollar for stolen firearms – in part because those firearms, if/when found at the scene of a crime, will be traced back to the original owner or last legal owner and not the perpetrator of the crime.

That said, and in looking at a 2010 study conducted by the U.S. Bureau of Alcohol, Tobacco, Firearms and Explosives, it’s clear that some states have serious problems with gun theft.

The ATF study showed that law-enforcement officers around the country traced 2,568 crime guns to Georgia, 2,301 to Texas, and 2,251 to Florida.

The question, then, is who or what’s to blame for this gun theft?

Authorities in Florida cite the ubiquity of guns as being a main contributing factor for gun theft.  If everyone owns a gun (or almost everyone), then there’s a higher probability that a robber will find a gun when he/she invades an individual’s home, car, property, etc.

“In almost any burglary to a residence, a gun will turn up,” Police Sgt. Sedrick Aiken told the Florida Sun-Sentinel. “There’s a lot of stolen guns out there.” 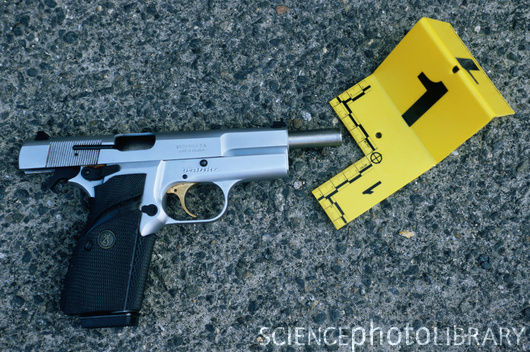 Additionally, experts like Sgt. Aiken believe Florida’s relatively lax gun laws tend to make it easier for guns to end up in the wrong hands.

“Unlike New York, for example, Florida does not require gun buyers to get a permit and allows people convicted of violent misdemeanors to own a gun. Florida also prohibits municipalities from enacting their own gun-control measures.  And New York is where most of Florida’s crime guns — 358 — ended up last year,” the Sun-Sentinel reported.

Does this mean that Florida’s attracting gun traffickers from other states because of its laws?

Marion Hammer, spokeswoman for the National Rifle Association in Florida, told the Sun-Sentinel that Florida’s laws have nothing to do with guns turning up in out-of-state crimes. Many state laws regulate who can sell a gun and to whom a gun can be sold, she said.

“If anything, it’s lax law enforcement,” Hammer said. “I don’t know if it’s ATF or [the Florida Department of Law Enforcement] or who isn’t enforcing it.”

Gary Kleck, professor of criminology and criminal justice at Florida State University, told the Sun-Sentinel that, “large-scale, interstate gun trafficking is rare, and often overblown by politicians who want to blame crime on outside factors. Rarely do criminals travel to Florida because they think it’s easier to buy guns down South, he said 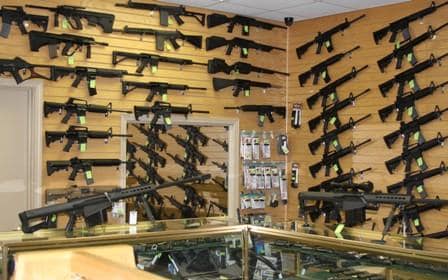 .”This is not about gun trafficking. It’s interstate migration,” Kleck added, who has interviewed convicted felons and studied the movement of crime guns across state lines.

The most common scenario is when someone buys a gun legally in Florida, moves out of state and has his or her weapon stolen in a home burglary. Or a burglar in Florida steals a homeowner’s guns and sells it to someone in another state, according to Kleck.

“The chances of a burglar coming across a gun here is that much greater than in other states,” he said.

So, in the end, it seems as though it really comes down to ubiquity.  The states that have more firearms per household are likely to have a higher rate of gun theft.

Nevertheless, and no matter which state you reside in, this data should serve as a reminder to all of us to make sure we take the necessary precautions to keep our guns locked up and/or safely secured.