Ideally, big caliber bullets and any handgun with a large sight radius – the length between the rear sight and the front sight – is the choice when there might be a lethal pistol encounter; however, big guns and big bullets aren’t always the best option for everyday concealed carry.

I’ve mentioned it before, frankly, a 9mm is a great, all-around caliber.  It’s all about round placement, really. But, whether you’re concealing a .45 or a 9mm, there are days and times when those guns simply won’t work. Remember, situation and terrain will dictate tactics. 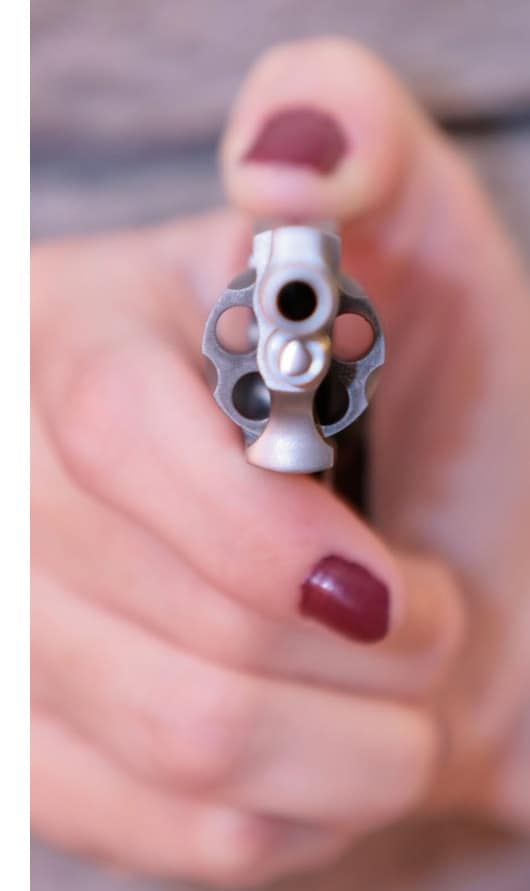 I recently had a great discussion with the general manager of North American Arms.  He related a couple of really interesting stories. He told of an undercover police officer who was making a drug buy. The dealer wanted the officer (whom the dealer didn’t know was a cop) to meet him at the beach. Obviously, going to the beach wearing nothing but a swim suit would make it difficult, if not impossible, to carry a concealed pistol. Perhaps the dealer asked the pseudo drug buyer to wear the Speedo, or perhaps, the cop wanted to gain the confidence of the pusher by showing him he wouldn’t come to the beach armed. Either way, the cop was in a dilemma for personal safety.

The undercover narcotics officer did in fact wear a Speedo to the beach…with a concealed handgun. “Where do you think I concealed your company’s little .22 revolver?” He asked the North American Arms GM.

Answering his own question, the cop explained that he had the ultra small naa revolver inside  a cup of Coke and ice he purchased from 7/11.   Obviously, putting any firearm in liquids isn’t the best option, but in this case, it was the only option. Really, it goes back to the tactical axiom: It’s better to have it and not need it than to need it and not have it.

Here’s another story that underlines this principle: situation and terrain will dictate tactics.

A narc officer went to a drug den to play “Let’s make a deal!” As soon as he entered into the home, he was searched by a couple of thugs, prior to his audience with “the boss.”

Inside the brim of the officers cowboy hat was a little .22 revolver.  The guys who frisked the officer found the gun, unfortunately. According to the deal, he wasn’t supposed to be armed for the transaction.

The officer later explained that the dealer was so impressed with the small gun that not only did the dealer make the drug deal, but he wanted to buy the .22 single action revolver as well; he liked it that much. The cop also told us that he believes if the gun had been any larger, he would have been shot immediately upon its discovery. The fact that it was a small gun that did not look dangerous to these ignorant criminals spared his life.

These stories prove a point.  When adopting the concealed carry mindset, just having a gun is important regardless of how ideal that gun is to personal protection.  So, if you’re quickly running across the street and you’re worried about gearing up with your .45 in your summer threads, a small handgun can be a great way to go. 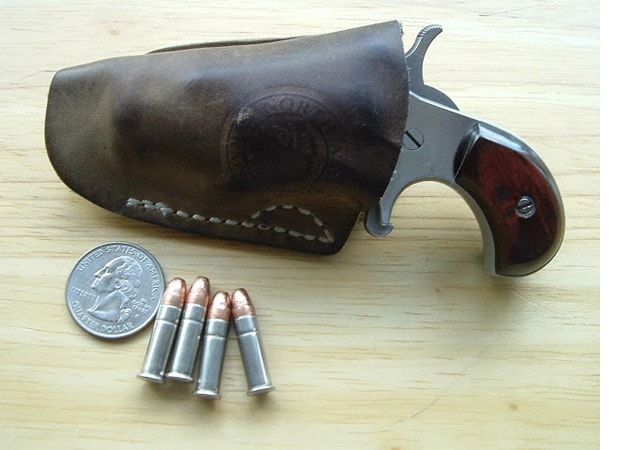 Whether you’re using a pancake-style holster that you physically have to open—whether that holster is for a so-called pocket pistol or any other handgun—be sure to always point the gun in a safe direction, anywhere that if the gun were to shoot, it would not injure any person and only cause minimal property damage. Remember, accidents will happen if you’re not careful.

Finally, keep in mind that it’s best to carry your gun in the same place everytime so you’ll know where to grab for it when you need it most. Carrying a firearm in a cowboy hat or a cup of Coke isn’t recommended. Keeping your gun on your person is the safest way to go.

I mention that particularly for the ladies who might want to carry a gun inside their purses. While that might be a good option, situation and wardrobe dependent, it’s then vitally important to always keep that purse with you where no other person could gain access to it before you could.