Gun Ownership in Canada: 1 Gun For Every 4 Canadians

Yet, like its big brother to the south, it is also a country filled with guns.

The Canadian Firearms Centre (CFC) reported that there are more than 7.6 million registered firearms in Canada. 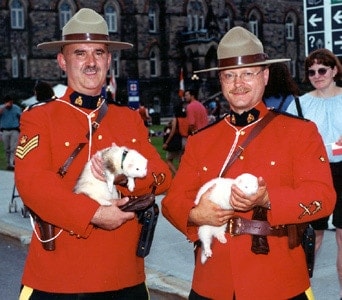 To crunch the numbers, that equates to about one gun for every four Canadians.

To break down the numbers even more, approximately 1.8 million Canadians have a valid gun permit (that’s six percent of the total population), with most residing in Atlantic Canada and the Northern Territories.

Yukon Territory residents are the most gun-loving in all of Canada.  The Yukon averages out to more than 84 guns per 100 people.

Yet those numbers would potentially increase if researchers were to account for the illegal guns in Canada.  Firearms expert Gary Mauser, a professor at Simon Fraser University, estimates that the actual total number of guns (including those illegally imported) is somewhere between 12 million and 15 million.  Again, only 7.6 million are registered.

The vast majority of those registered guns are non-restricted long guns (hunting rifles and shotguns, etc.).

But as Guns.com covered last week, lawmakers are considering abolishing the long-gun registry due its general ineffectiveness at preventing crime and the unnecessary burden it places on responsible gun owners.

Overall though, how does Canada stack up against U.S. with respect to gun ownership?

Well, like in almost everything else, we demolish them (see chart below). 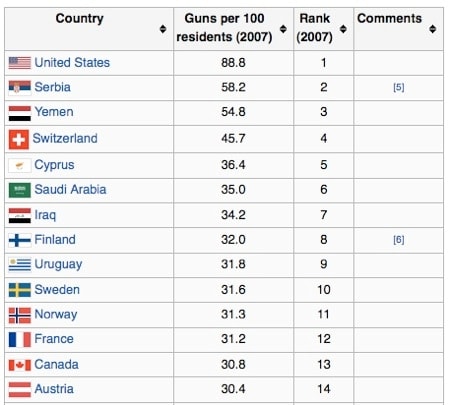