What if Your Town Wanted to Ban Guns?

Do you think it is unlikely these days for your town to ever ban guns? With recent Gallup polls showing more folks in support of fewer gun laws and more interest in guns and concealed carry, it would seem unlikely.  But in this day and age of anything goes legislation, well, anything is possible, and one little town in Northern New York tucked away in the Adirondack Mountains wants to do just that: ban guns in certain places.

The sleepy little town of Johnsburg has a population of fewer than 2,500 people and is anywhere that you would expect the topic of gun control to come up. The residents are traditionally conservative and hunting is quite popular, but recently the town has proposed a ban on any firearms within a civic building. Anyone who violates the law could face up to ninety days in the pokey and a $500 fine. 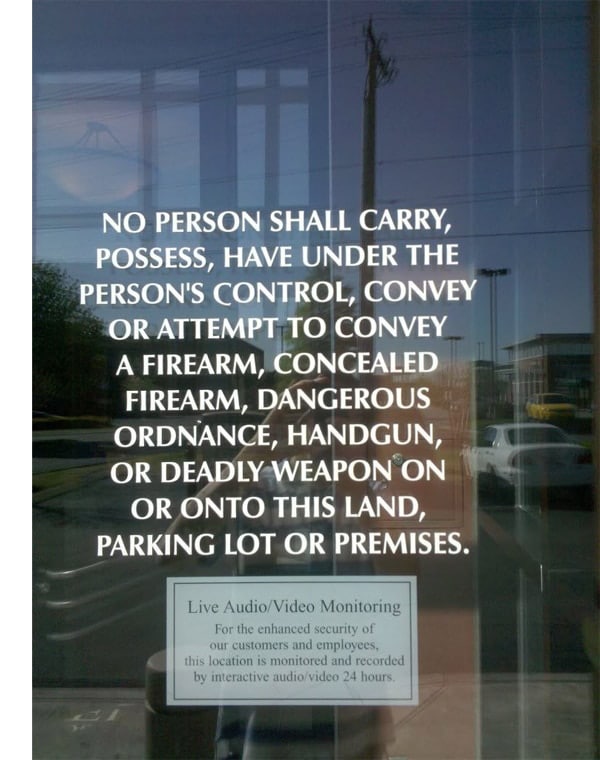 According to town Supervisor Sterling Goodspeed, who at one time was the District Attorney for the residing county, the law would be to protect the employees of the town in case of an irate individual. Goodspeed told the Post Star newspaper that “From time to time, we do have difficult people in the building,”

Does Mr. Goodspeed believe that if someone were hell bent on causing harm to their employees, that the threat of some jail time and a fine would enter into it? I would hope that someone who was once a prosecutor and probably saw more than one Order of Protection violated would know how adhered to laws like this really are.

The Johnsburg Town Highway Superintendant Dan Hitchcock carries a firearm with him to shoot problematic beavers, but admittedly does not bring the gun into any town buildings. When interviewed, the Johnsburg town secretary Cherie Ferguson stated that “I’m a hunter, but I leave my guns at home.”

And this answer bugs me.  Because the Second Amendment says nothing about hunting. It is about the ability to protect yourself and your family. We have long passed the days of being able to say “It can’t happen here.” We have all seen shootings take place in venues we never once believed possible, only to hear the words “I never thought it would happen here.” By letting government, no matter how big or small, set the bar of where we can protect ourselves, we lose.

How many times have we seen where those committing a crime have no regard for the laws they are breaking. The shooter at Virginia Tech; was he worried any more about any gun laws he was breaking while he was murdering people? At Columbine, did the Gun Free Zone laws stop the two killers from shooting students? Of course not. If someone is willing to go through with murdering someone, is that crime less heinous than the misdemeanor crime of weapons possession?

Here in New York State, the process of getting a permit to possess and carry a handgun is expensive, involving background checks, fingerprints, and four references that can vouch for you. The whole thing takes several months and you rarely see anyone in the news being arrested for randomly shooting someone just because they now have a handgun strapped to their hip.

So here’s my message: beware these types of feel good, gun laws, because they are a barometer of what we can expect in the future. If the little town where everyone hunts and spends their fall weekends in the woods can pass absurd gun control legislation, then I guarantee that gun control can be passed anywhere. Maybe even in your town.