Do You Know Where All Your Guns Are?

It would seem that some homeland security officers may be forgetting their guns. As a matter of fact, nearly 200 guns were left in public restrooms, bowling alleys and various other unsecured areas by U.S. Customs agents, Border Patrol officers and Immigration agents during a recent two-year period according to federal reports. More than 15 of those misplaced handguns and shotguns ended up in the hands of gang members and criminals, but by and large the majority of those lost weapons have yet to be found.

Homeland Security responded to these reports by requiring extra training for its 185,000 agents as well as improving its firearms tracking methods. Janet Napolitano claims that her department will be more than able to track down those lost weapons, but in light of the growing scandal and outrageous actions on the part of the Department of Justice regarding Operation Fast and Furious, it is doubtful that Ms. Napolitano will be true to her word.

As a retired law enforcement officer and a member of the Department of State, I am more than embarrassed by all of this. Not only do we approve a wrong-headed program that ultimately fed high-powered weaponry into the hands of violent criminals, and those same weapons are then responsible for the death of one of our own agents but also a large numbers of civilians in Mexico, we now have some agents leaving their weapons in public restrooms. Come on folks! What in the world is going on?

I remember when one of our officers left his .12 gauge shotgun on the trunk of his patrol car while he ran back into a house to retrieve some paperwork, only to reemerge and find the shotgun gone. Yup, we all had a great laugh over that (at his expense), but the laughing stopped two weeks later when that very same shotgun was used in an armed robbery at a 7-11 store and a shooting that killed clerk behind the counter. And you know what, it doesn’t matter that we may or may not be involved with law enforcement activities, because there are plenty of examples of firearms going missing from the rest of us. The bottom line is that we need to be extra careful of where our firearms are every moment of every day. 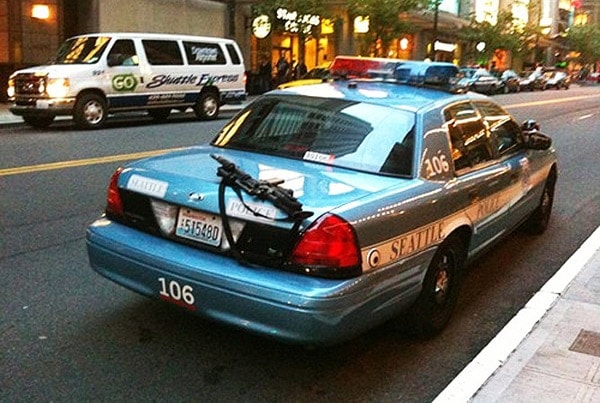