Whether you think paintball is a good way to train, stay in shape, and hone your tactical skill- and mindset, or just a nice and somewhat pointless game to pass the time, it’s hard to like guns without also liking paintball.  Kingman, a mainstream paintball gun maker, has introduced a fun-looking model for 2012, the MRX.

It includes all of Kingman’s latest .68 caliber paintball gun features, specifically the Eko Valve, which they tout as the most efficient on the market; if it’s anything like their MR4 then it should be good for 1,200 shots per tank easy, or in other words, probably a full day’s paintball, and it’ll likely cost between $130 and $160.

Of course, the major selling point is that it looks like an AR-15 rifle.  Stock kits for other guns to make them look like that often cost a benjamin, and there are plenty of high-end AR/M4-style paintball guns, but they cost real gun money, which, honestly, come on. (No, it’s OK, never tell someone they’re spending too much on a hobby.  Even if… nevermind.) 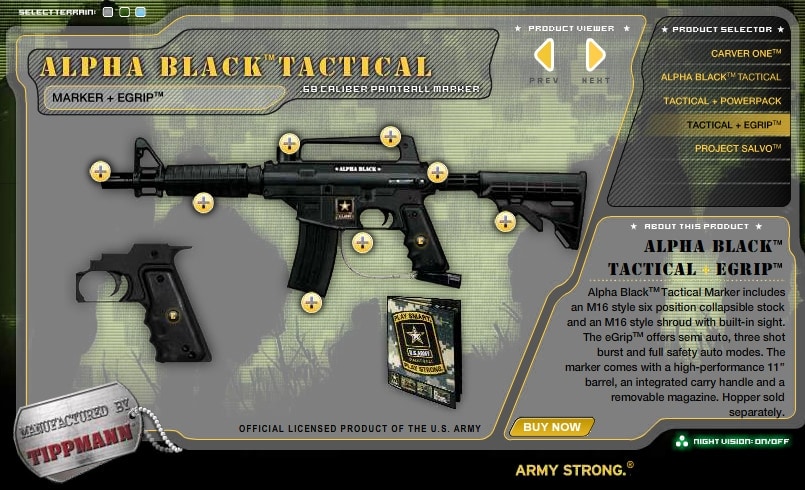 There is one other maker of a paintball gun like this, Tippmann.  Of course, they make officially-licensed U.S. Army paintball guns that sell for about $170.  So we’re pretty sure that’s who Kingman’s set their sights on competing with. 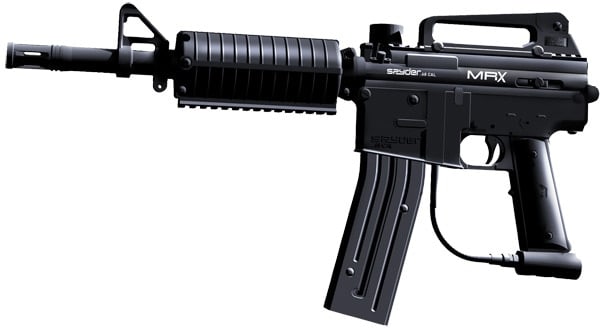 And, if you like, you can take the stock off, even though that makes it look like someone ran it over with a truck.  You can, of course, then customize it with any stock you like, replace the grip with an electronic one, swap out the barrel for a ceramic one… There’s about as much aftermarket for these things as there is for actual ARs.

So the question is, if Guns.com had a paintball day, who would be there?