Earlier this week, 46-year-old Walter Monroe Lance allegedly forced a woman to strip naked, dragged her into some bushes and tried to rape her in an upstate park in South Carolina.

The woman was innocently walking her dog in the park when Lance attacked her.

Police charged Lance with kidnapping, first-degree sexual misconduct and grand larceny.  A judge denied bond for Lance due to his prior arrest for assault and domestic violence. 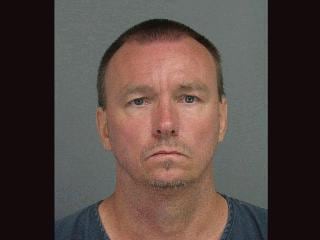 Following this incident, Spartanburg County Sheriff Chuck Wright had the following advice, “That would have fixed this,” Sheriff Wright said. “Ladies, walk in groups. Get a concealed weapons permit. I don’t want you to go for the mace; I want you to go for the concealed weapons permit. Gun control to me is when you can get your barrel back on the target quick.”

He even went so far as to recommend a type of weapon and a preferred way for women to carry it.

“A fanny pack would make an excellent place to store a pistol,” Sheriff Wright said.

After making those comments Sheriff Wright knew he was going to “get all lit up” by anti-gun violence activists for his remarks, but he said he was frustrated that Lance kept getting out of jail.

“I really think that would send a message to some of these people that can’t control themselves that you better be really cautious who you mess with because they might be armed,” Sheriff Wright told Reuters on Tuesday.

“Just presenting a weapon could have prevented this whole thing from happening.”

But as Sheriff Wright predicted, there were certainly people who disagreed with his advice.

“He’s blaming the victim,” said Melonea Marek, executive director of People Against Rape. “There’s not a guarantee that a gun was going to stop that guy from hurting her.”

And Caroline Brewer, spokeswoman for the Brady Campaign to Prevent Gun Violence, told Reuters that a 2009 study found that people who carry guns are 4.5 times more likely to be shot than people who don’t.

“We share the sheriff’s concerns about protecting women from dangerous men, but what we know for sure is that when people carry guns, they greatly increase their risk of being shot,” Brewer told Reuters.

“To encourage a woman to carry a gun is to encourage her to put herself at much greater risk of being shot and killed, and we would not recommend it.”