Para USA is coming in under the wire with these three new 1911s, adding to the catalog of great Year of the 1911 .45s.  The uber-tactically-named Black Ops trio of a high-capacity, standard-capacity, and competition-ready 1911 are lookin’ uber-fine. 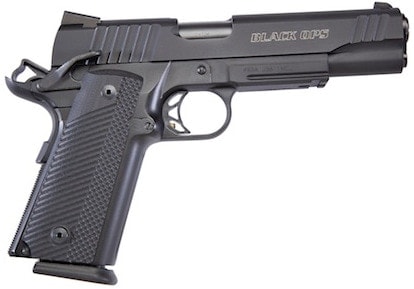 “Former U.S. Army Sergeant and World Champion action shooter, Travis Tomasie has shot thousands of rounds through one of the PARA Match grade barrels with the new PK2 finish. After the Tomasie torture test the barrel showed almost no signs of usage on its non-reflective surface.”

We would expect nothing less from a Para USA 1911. 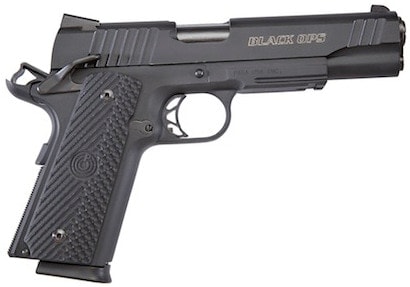 The high-capacity 14-45 Black Ops uses a more-or-less standard double-stack frame and rolls with 14+1 rounds of .45 ACP, and weighs 41 ounces, one ounce more than the other two.  It comes with Trijicon night sights, just like the single-stack 1911 Black Ops which carries 8+1.  The Black Ops Limited is tuned for gun games and has a front fiber-optic sight and a fully-adjustable rear sight. 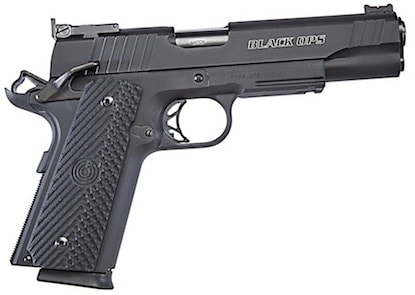 All three pack an MSRP of $1300; we expect them to have real-world prices right at a grand, and while they’re getting announced this year, they probably won’t be available ’til 2012.  It’s gonna be a hard wait; these guns absolutely bring the 1911 into the 21st century.