It’s been a long time in the waiting, but fans of the big-bore .45 ACP will finally be able to lay hands on a Springfield XD(m) Compact in their caliber of choice. 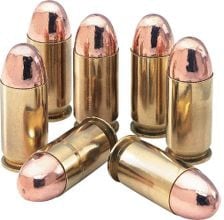 The XD(m) Compact was a long time in the waiting all on its own.  The original 3.8 was popular, but more as a service-sized piece, not as an all-around carry gun.  The problem was its incredibly long grip; the tradeoff, lots and lots of ammo, made it less than ideal for concealed-carry.  People clamored for a shorter grip (and some people cut theirs to length on their own and used XD sub-compact magazines).

The XD(m) Compact kept the mid-length barrel, 3.8 inches, but came with a chopped grip straight from the factory.   At first in 9mm, then in .40 S&W, then… crickets.  Springfield had a big announcement of a new XD(m) which turned out to be… the Competition.  In 9mm. 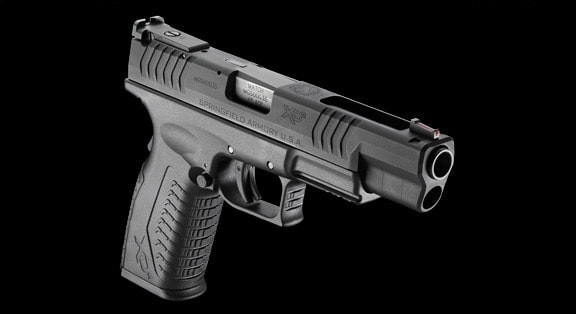 The Competition later came out in .45 ACP, then in .40 S&W, which also seemed a little backwards for those Major shooters who wanted a forty more than anything else, but one gun still seemed to be missing.

Well fear not, as Springfield will soon be shipping their Compact XD(m)s in .45 ACP, just in time for people to qualify for the tail end of their Gear Up promotion, so if you get one before the year’s end, it comes with three free magazines. 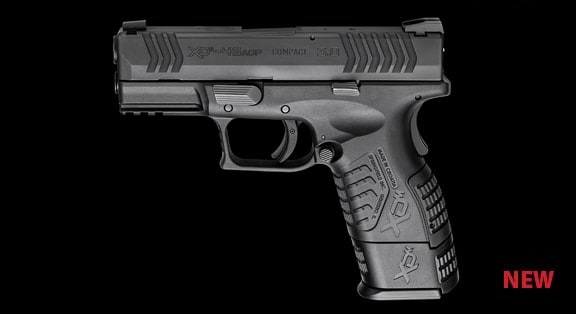 The specs: the Compact XD(m) holds 9+1 rounds of .45 ACP, or 13+1 with the full-size magazine (comes with three grip sleeves to match the interchangeable backstraps) is 4½ or 5½ inches tall depending on the magazine used, weighs 27 ounces with the flush magazine, 29 with the full-size, is just 1¼ inches wide, and will be available with a matte black Melonite finish.