Kriss Shows Off Their Vectors at the NASGW Expo (VIDEO)

The TDI or Kriss Vector submachine gun is one of the guns we want to shoot.  By literally turning the recoil around, the Vector has so little muzzle climb that it’s possible to shoot two bullets through the same hole, provided you have one with a fun button.

Their civilian models are expensive but not out of the reach for someone dead-set on getting one, and come in carbine, pistol, and SBR flavors.

At this year’s National Association of Sporting Goods Wholesalers’ expo, Kriss was proudly showing off their four models, with and without the premium packages available, which add a Surefire E1B weapon light, Midwest Industries flip-up sights, and EOTech 512 holographic sight, among other things like their forward pistol grip slash bipod, single point tac sling, lock, and cleaning kit. 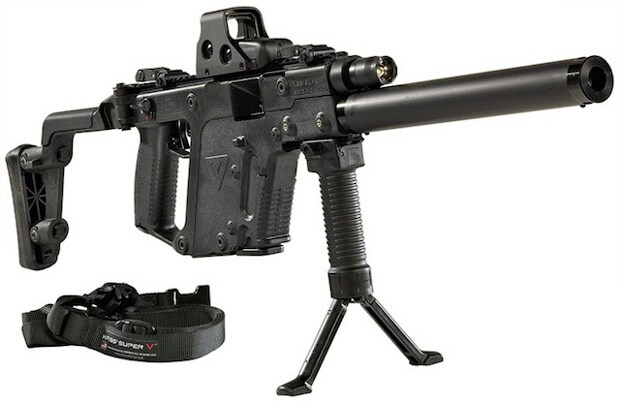 They’re selling strong, with entry-level pricing at about $1,700 and $2,500 with all the goodies, but we’re still excited about their SHOT Show announcement: their Model 2.0, with ambidextrous controls, one-piece body magazines, quad rail, and other nifty features.

They’re calling it the K10.  Don’t get us wrong, we wouldn’t kick one out of bed for eating crackers, but the promise of an even lighter-weight model (the Vector SMG and SBR weighs 5.6 pounds, the carbine a little more, the pistol a little less) that is also more modular and chambered in 9mm, .40, and .45 is undeniably more appealing.

But all that being said, the fact that they’ve got a presence at a sporting goods expo makes us all smile big grins.  The idea that you might one day be able to go to a Dick’s or a Cabela’s or a Bass Pro and pick up a Vector, some targets, and a few boxes of ammo is just tops. 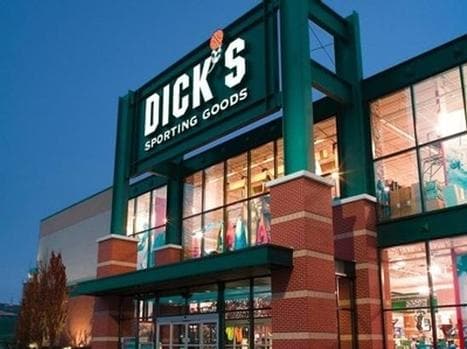