Casting Your Own Lead Bullets Leads to Savings

When I told people that I started to cast my own bullets I got a few strange reactions. Some thought I was crazy to be working with raw lead (you’ll get used to that) and others were perplexed why I just don’t buy my own. There are so many reasons why you might want to get into casting your own bullets, and once you start, you will wonder why you never did it before. 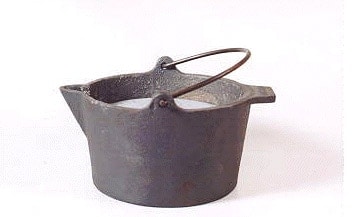 The first caliber I started casting for was my .41 Magnum. Anyone who had ever owned or shot a .41 Magnum will tell you how hard it is to buy bullets without having to order them from a commercial bullet maker. The last one hundred rounds of bullets I bought cost me nearly thirty dollars to order, while a pound of lead wheel weights right now averages a pair of quarters (maybe more). It just takes a little time and effort and, admittedly, some expenses at the beginning.

Start by buying a good casting book like Lyman’s Cast Bullet Handbook. This is a great place to get an idea of what you need and where you might want to begin. Just like reloading ammunition, start with one caliber and one mould until you can get good enough to move on. I bought my first melting pot for no more than fifteen dollars at a gun show, and I still have it.

I want to mention a few things about lead itself. Lead is toxic, but it will not bite you. It will not give you cancer or make a limb fall off by looking at it as some people seem to think, however when lead is heated to seven hundred degrees you need to respect it. A single drop of water in a hot melting pot will splatter it all over everything including you. I don’t care how hot it is outside I wear long sleeves, long pants, gloves, and eye protection. I can tell you I got burned once with lead and it really isn’t a pleasant feeling.

When you first begin casting don’t get discouraged if your bullets don’t look like what you see in the magazines. They won’t. Those bullets will come out with more wrinkles than an old folk’s home. This is because until you learn (that’s right, learn) exactly what temperature the lead melts and pours best at, your bullets won’t cast right. Don’t worry if there are a couple of little wrinkles on the top of your bullets either, in a handgun that won’t make a huge difference if you are just making them for plinking or the occasional odd ball use (taking the trash out at your bear country home for example is a little more comfortable with a gun on your hip). For hunting or competition though, I select and weigh the best of the bullets and keep them aside. 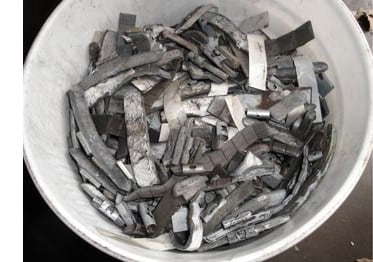 Once you cast your bullets you need to size them, but you must make sure you slug your bore and, in a revolver, the chambers to have an idea of the size of your bullet. I found that my Smith & Wesson .357 and .38 revolvers all size to .358 and my Ruger .45 Colt works out to .451.

As for bullet lubrication, this is a personal preference as well, I have tried RCBS but most of my guns favor the Lee Alox lube. It is like the old shake and bake recipes; you put the bullets in a plastic container, squirt some lube on top, seal it and shake it up some. Then you put the bullets out on a piece of wax paper and give them a day to dry, and then size them in a sizing die.

Casting your own bullets is not hard once you understand the basics and what you want. After a few hundred bullets for a few dollars, you will wonder why you ever spent a bunch of your hard earned money on only a few.