Para Resurects the Stealth: a Compact 1911, Now with an Alloy Frame

Para quietly discontinued the Stealth a few years ago, prior to the concealed-carry boom.  You can find them floating around, at shops and online auction sites.  They’re pretty nice.  But it’s hard to deny that this newly-announced Stealth definitely has a leg up on it.

First of all, it’s lighter.  The new Stealth weighs six ounces less with its new frame, or a 20% overall reduction in mass, totalling 24 ounces dry.  The other major change is the sights.  Three-dot, even Novak 3-dot sights, aren’t considered de rigueur for carry pistols, night sights are.  The new Stealth has ’em. 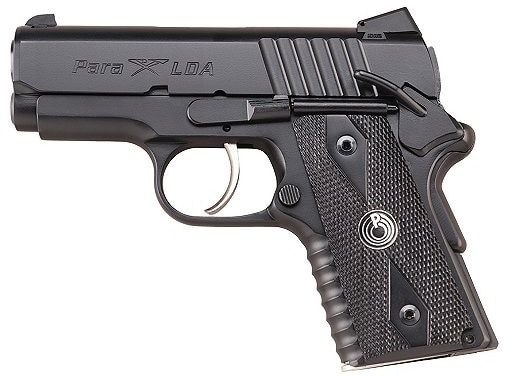 The grips are new, G10.  G10 is tops.  The front- and backstraps are also checkered more finely and aggressively.  The three inch barrel is what most would consider to be a minimum length for .45 ACP, and the capacity is agreeable for a gun in this size package: 6+1.  The Stealth has an ambidextrous safety, and lastly, it’s finished with Para’s newest and toughest PK2 bonded finish.

What makes it stand out from so many other compact 1911s is that it uses Para’s “light double action” or “Carry Safe” trigger.  Double-action is misleading, though, since the mainspring is compressed and held into place by a hammer cam, a product of racking the slide.  It’s cocked, except the hammer doesn’t know it. 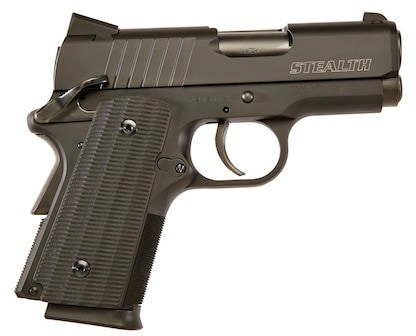 Pulling the trigger mates the hammer to the cam, trips the sear, and pushes away the firing pin block.  After the boom, the recoil resets the hammer cam, but the bobtailed hammer just recesses back into the slide.  For more information on the LDA trigger, check out this and this.

Like a lot of Para’s premium carry guns, it does have a four-digit pricetag.  The MSRP is $1339; we expect it to show up in stores right around one large.  But it’s Para, and it’s quality.  When you want a gun in this class with these features, you could spend a whole lot more and not get better.