The Special Purpose Rifle Mod 1 is ArmaLite’s tactical AR-15 with a monolithic upper.  It’s available in both mid- and carbine-length varieties and while its 12-o’clock rail is fixed, the 3-, 6-, and 9- are optional.  ArmaLite doesn’t sell them separately, either; they’re included with your gun.  In any case, the Mod 1 is no longer just available in 5.56x45mm NATO, it’s getting made in two other established intermediate calibers.

It’s sort of an intermediate-intermediate caliber; it sits between 5.56 NATO and 7.62 NATO performance while still fitting into an AR-15 package.  Its flat-shooting heavy bullets make it an extremely well-rounded cartridge, and especially popular with hunters. 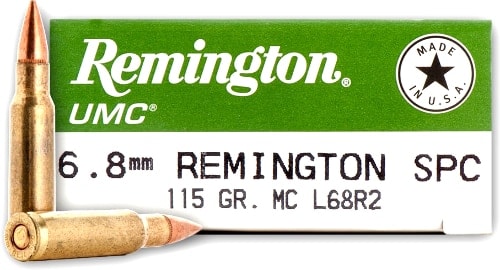 7.62×39 is going slower at the muzzle and at around 400 yards, but makes up for it somewhat with its even larger, 123-154-grain bullets; the classic Soviet chambering is devastating at closer ranges, though, but we all know what its real strengths are: a very large variety of ammunition including inexpensive COMBLOC surplus.

These direct-impingement guns weigh just a hair over seven pounds and otherwise come with your standard M4 furniture and controls, and includes flip-up backup iron sights (not with holosights) and quick-detatching swivel sling mounts sunk into the side rail spots.  The 5.56 SPR Mod 1s retail for about $1300 and we don’t expect anything different for SPRs in different calibers. 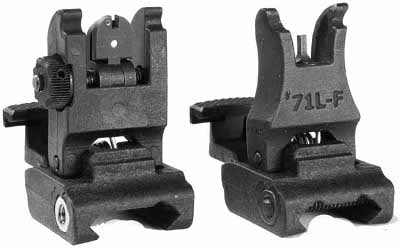 Both of these chamberings make fine additions to the multi- special-purpose ArmaLite SPR Mod 1 platform.  Whether you’re a competitive shooter, lawman, or hunter, 6.8mm Remington SPC and 7.62x39mm offer benefits over 5.56 in certain, undeniable ways.  ArmaLite has always been a good sport about building rifles in less dominant calibers, and these two new models will no doubt make a lot of shooters happy.