How Guns and Ammunition Are Helping to Save the US Economy

The macro-economy is slowly rebounding from the worst economic crisis since the great depression.  And one can certainly argue that it wouldn’t be rebounding at all if it weren’t for oil rigs, ammunition, and electronics.

According to an article recently published in Reuters, “While the construction industry, which accounts for more than a third of the country’s copper and steel demand, still languishes, other metal-intensive markets are racing ahead, helping demand pull out of a protracted slump.”

In other words, if we weren’t out drilling for oil, shooting our guns on a regular basis, purchasing ammo, and snatching up the latest smart phone, there’s a good chance that demand for copper and steel, one of the lynchpins to economic recovery, would still be stagnant.

Reuters spoke to executives at Olin Brass, the Kentucky-based manufacturer and distributor of copper and copper-alloy sheet, strip, plate, foil, and fabricated components.  They credited their ammunition division for their steady growth through these lean years.

Werner pointed out that he expects to see commercial ammunition sales dip 2 to 4 percent next year as the US military (one of Olin’s customers) continues to pull out of Iraq and Afghanistan, but overall he still sees Olin growing in 2012.

Olin’s observations regarding the growth of the ammunition industry aligns with a 2010 report, “The Firearms and Ammunition Industry Economic Impact Report,” done by the National Shooting Sports Foundation

The study found that, “During difficult economic times and high unemployment rates nationally, our industry has grown and created over 17,000 new, well-paying jobs.” 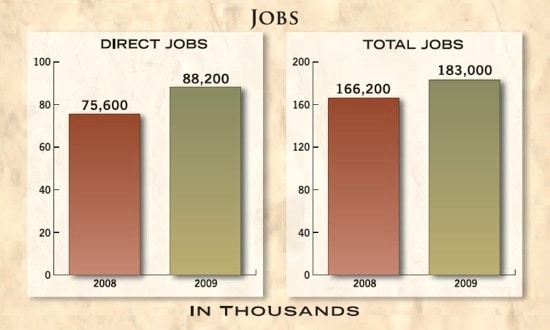 The authors of the study added, “These are good jobs, paying an average of $44, 765 in wages and benefits.”

And as far as the total economic impact that these industries have on our economy, “Companies in the
United States that manufacture, distribute and sell firearms, ammunition and hunting equipment employ as many as 88,200 people in the country and generate an additional 95,250 jobs in supplier and ancillary industries.” 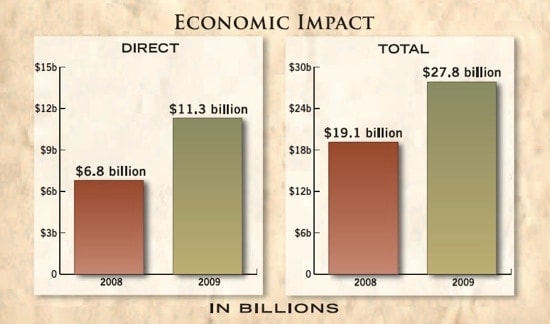 “Not only does the manufacture and sale of firearms and hunting supplies create good jobs in the United States but the industry also contributes to the economy as a whole. In fact, in 2009 the firearms and ammunition industry was responsible for as much as $27.8 billion in total economic activity in the country” the study pointed out.

One can argue that the firearms and ammunition industry has only a marginal effect on the economy in the grand scheme of things, as $27.8 billion is a drop in the bucket when compared to a $14.58 trillion GDP.  But before one makes this argument, he/she should go to Olin Brass, or Smith & Wesson, or Colt, etc and try to tell those people working there that what they do doesn’t make a difference for them or for the country.

And if one is still skeptical about the positive effect the firearms and ammunition industry has on the economy, he/she should consider the tax revenue it generates. 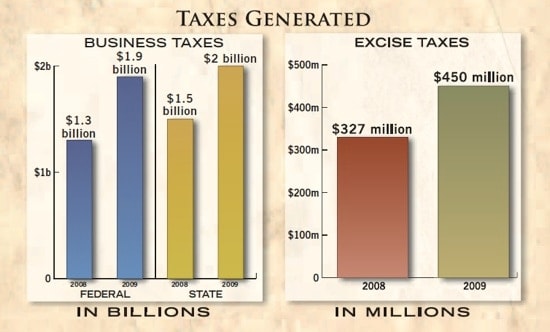