In the article Bedard claimed, “Gun owners who have historically been able to use public lands for target practice would be barred from potentially millions of acres under new rules drafted by the Interior Department, the first major move by the Obama administration to impose limits on firearms.”

The article went viral; Fox News and the Drudge Report even featured it.  However, after taking a closer look at the facts within the article, or rather the lack thereof, it seems as though Bedard was making a mountain out of a molehill.

As it turns out Bedard’s claim was based off of a working-draft of policy that the Bureau of Land Management is currently fleshing out with several sportsmen’s organizations, including the Wildlife and Hunting Heritage Conservation Council (WHHCC).

Moreover, when a draft is finalized, it will be presented to the public for review and comment before it becomes official policy, a spokesperson of the BLM assured concerned shooters who were in an uproar after reading Bedard’s article. 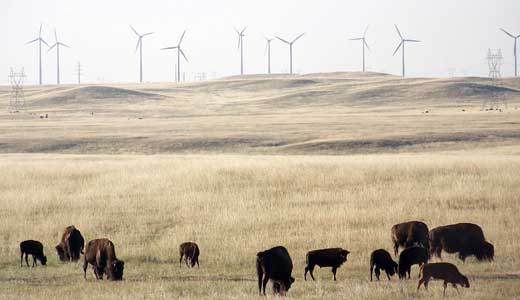 If you’re curious to know what caused the controversy, here is the section of the BLM’s policy that caused the WHHCC to do a double take:

When the authorized officer determines that a site or area on BLM-managed lands used on a regular basis for recreational shooting is creating public disturbance, or is creating risk to other persons on public lands; is contributing to the defacement, removal or destruction of natural features, native plants, cultural resources, historic structures or government and/or private property; is facilitating or creating a condition of littering, refuse accumulation and abandoned personal property is violating existing use restrictions, closure and restriction orders, or supplementary rules notices, and reasonable attempts to reduce or eliminate the violations by the BLM have been unsuccessful, the authorized officer will close the affected area to recreational shooting.

In other words, BLM officers reserve the right to shut down land regularly used for shooting if they determine that it’s being defaced or polluted by shooters.

Well, the WHHCC responded by saying that this section is cause for concern because it leaves open the possibility that shooters will be, excuse the pun, unfairly targeted.  They wrote:

In the subsection BLM Regulation, it states that the specific shooting activity must not cause a public disturbance; create risks for others; damage, remove or destroy resources; or create a condition of littering, refuse accumulation, and abandoned personal property. The Council concurs that unsafe, unethical and illegal behaviors cannot be condoned of any recreationist on public lands, but we question whether the statement is equally and specifically applied or highlighted in documents regarding other recreational activities on BLM lands.

While it may not be the intent, the tone of the policy gives the Council concern that it could pave the way for easy closure of recreational shooting sites when any of the situations (as noted above) arises, regardless of the offending party. It suggests that recreational shooting is being held to a higher standard of stewardship; that the BLM is possibly more tolerant of issues when associated with other recreational activities. The Council would like to see references in other documents that hold camping and other recreational activities responsible for illegal dumping or cause lands to be closed because they “facilitate and create a condition of littering” or “refuse accumulation.” The Council would also like examples of where hiking trails and other areas are closed when natural or cultural resources are damaged or destroyed. 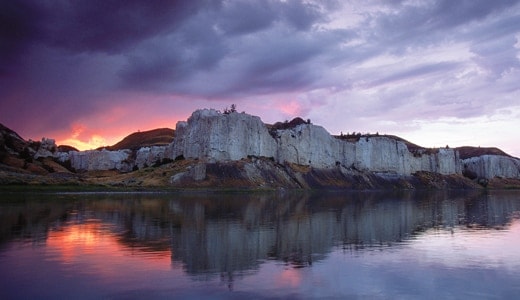 The overall point is that the WHHCC and the BLM are still in talks about the language to be used in the policy.  So, it’s way too soon to be suggesting that what was written in an earlier draft will be enacted or imply that shooters are being pushed off of public land.

Additionally, there is no direct link to President Obama or his Administration.  In fact, by the time the policy is adopted, sometime after the 2012 election, there’s a decent chance Obama will be out of office.

And lastly, to be explicitly clear about their intent, the BLM released this statement:

The Department of the Interior fully supports and encourages hunting, fishing, and recreational shooting on America’s public lands. Nearly 400,000 hunters visit Bureau of Land Management lands every year, generating an estimated $785 million in economic output. The vast majority of BLM’s 245 million acres is open to recreational shooting, and we want to keep it that way.

The BLM wants to protect opportunities for recreational shooting on public lands and reduce the possibility for conflicts that in the past have resulted in some recreational shooting closures.  That is why we are currently working with the Wildlife and Hunting Heritage Conservation Council (WHHCC) – which includes representatives from sportsmen’s organizations, the outdoor recreation industry, state resource agencies and others – to develop guidance to protect long-term access to recreational target shooting.

We are at the early stages of our work with the WHHCC and will be guided by their input and recommendations. We are in no way interested in banning recreational target shooting, hunting, or fishing – on the contrary, our goal is to develop guidance that will help land managers maximize and preserve opportunities for recreational shooting. It is important to note that hunting and fishing on public lands is managed by state fish and game agencies – and is not the subject of these discussions.