Are Today’s Handguns Less Accurate Now Than They Used to Be?

If you ask the average range bum at what range a handgun is usually shot at, chances are they’ll say something like 25 yards and under and frankly they’ll be right. However, in the old days handgun shooters thought nothing of firing handguns at game (or anything else for that matter) at ranges of 100 yards and beyond.

Big names like Elmer Keith, Doug Wesson, Ed McGivern to name just a few shot revolvers at extreme ranges out to 600 yards with astounding accuracy. So what has changed? Are today’s handguns less accurate (or did yesteryears pistol shooters have steadier hands)?

If you’ve been around handguns long enough, you’ve almost certainly picked up an older gun at one time or another and commented on how hard the older style front sights were to see.  Often they are thinner than what is more commonly offered now, but this had a perhaps unintended benefit to it that I will get to shortly.

When Smith & Wesson produced their target versions of their hand ejector revolvers prior to World War II, the front sight was a wispy little thing only one tenth of an inch thick. When the .357 Magnum was introduced in 1935, there were dozens of choices available for the sights that could be had on those early revolvers. I have a descendent of the early .357 in my Smith & Wesson Model 27 and that front sight is a simple ramp one eighth of an inch thick. 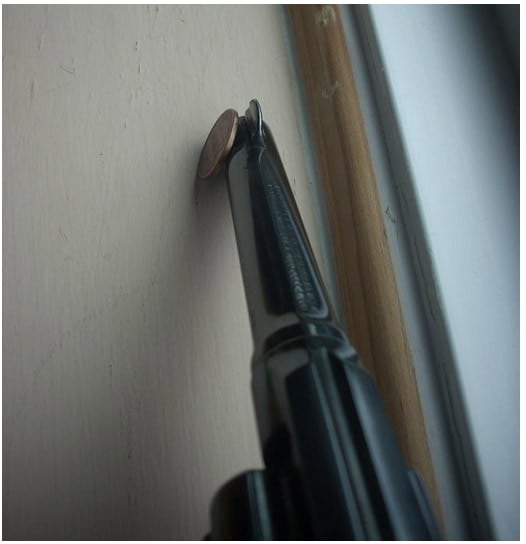 It was no different with Colt’s revolvers; I have a Colt Police Positive with a front sight that only measures about a sixteenth of an inch. Sights like this are one of the reasons those old guns tend to get the reputation as being “very accurate”—the thinner the front sight, the more the shooter has to work at hitting the bull’s eye. In essence this forced the shooter to be more accurate with it and in an era that relied more on guns for survival, this “training stricture” was, for all we know now, simply taken for granted just as the reality of shooting.

And old handguns’ reputation for accuracy wasn’t just about the construction of handguns of the day either; one has to remember that rifles were not the long range rigs like they are now and the dynamic between the two weapons helped shape early pistol ranges. Scopes were just coming about and they were usually a fixed power tube with a crappy reticle. If you ever get a chance to look through one of these, you’ll notice it’s barely possible too make out the crosshairs, except in the best of conditions. So it wasn’t uncommon for shooters to simply pack a handgun because it was simply easier. 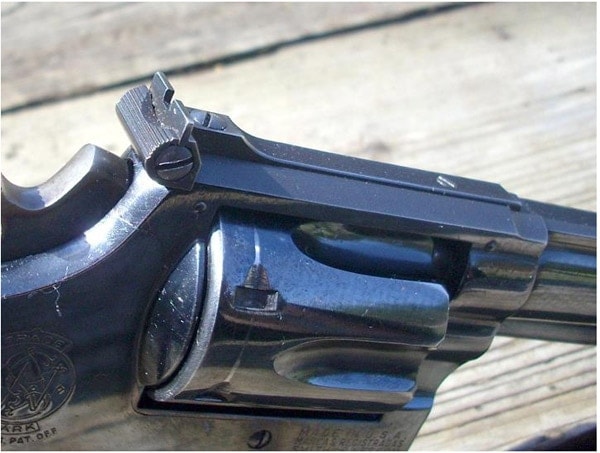 As more modern rifles arrived with better optics, handguns became close range propositions with sights more fitted for personal defense than target practice or hunting. Fine thin sight blades gave way to thicker ramps better suited for drawing from a holster than lining up on a distant target. These gave way to three dot combat sights with thick fat blades that take up the entire target when you look at them. Now if you want a handgun to be accurate, you’re almost always expected to mount a scope on it. 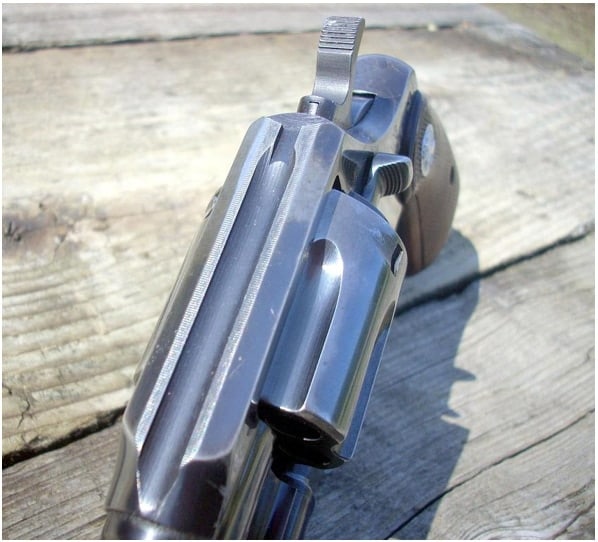 So are the handguns of today “more accurate” than yesterday? Yes and no.

For long distances the older guns have them beat with their thinner front sights.  These are more defined and better suited for target practice and hunting in that they require less room for error. For personal defense and the ability to see your sights in low light conditions however, they are dismal.  The sights on today’s handguns, with their Tritium and red inserts, three dots and thick blades, are just the ticket for the up close and personal defense—which is exactly what they’re intended for.  At long ranges however, they cover everything in sight.

Now most any gun can be shot accurately—I know this. But this change over the years really does underline how we’ve changed as pistol shooters.

It was a different time back when handgun shooters were making extraordinary shots with their pistols and revolvers, and it was because they had the tools for that job. Today, the job has changed. Today the majority of handguns produced are simply not meant for long distances. More interest is placed in concealed carry, personal defense and tactical shooting. What does this mean to you? Plan accordingly.

If you’re interested in duplicating some of those long shots like Elmer Keith used to take, think about trotting out one of the old timers. If you’re running to the store, stick a thick sighted, concealed carry piece on your hip. A tool for every job…