We have all had days like this. You head into deer camp for a weekend, you hope for good things and then the temperature rises and you end up sitting around a card table losing your nickels and dimes because the whitetail you wanted to chase have bedded down in the heat.

Every year this seems to happen more and more and even this year, the weather here in the Northeast (with warmer temperatures and erratic weather patterns) indicates a frustrating deer season (let’s hope not, though). Whether it’s from global warming, a natural occurrence or some little green man aiming a ray gun at the North pole, it happens and it forces us to spend less and less time deer hunting and consequently, less and less time out in the woods.

But realize, just because the deer hunting turns bad doesn’t mean that you need to stay inside listening to the same stories of some unlucky hunter having to eat track soup.  Small game is aplenty, and they seem less inclined to stay put on a warm fall day. They also fit in a freezer just as well.

When the temperatures have the bucks staying in bed, my thing to do is to grab my shotgun and go grouse hunting. Those who have never savored the taste of a breast from a ruffed grouse don’t know what they are missing.

Very few game birds can come close in the challenge of the hunt than the ruffed grouse. Unlike doves, grouse are at home in thick forest as much as they are in fields. Unlike pheasants, they don’t take off from the ground and hang in the air like B52 bombers—they explode from perfect concealment right before you step on them (often sending your heart to your throat). They can navigate turns and twists in a manner seemingly unrivaled by other North American game birds. Boil it down any way you’d like: grouse can be a hard animal to hunt. 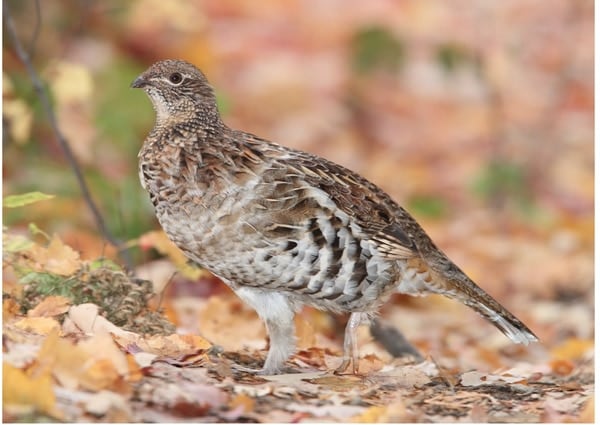 I learned over the years how to hunt these my way, as I never had a dog or any real training on how to hunt them. Every method I ever read about them involved the use of a spaniel or other form of hound, so I just became the dog and tracked them like I would a deer. My tally of birds went from only a couple a year to nearly one every weekend or more. It was almost always done in the warmer part of the morning, around 10 or so, or just before the sun went down. 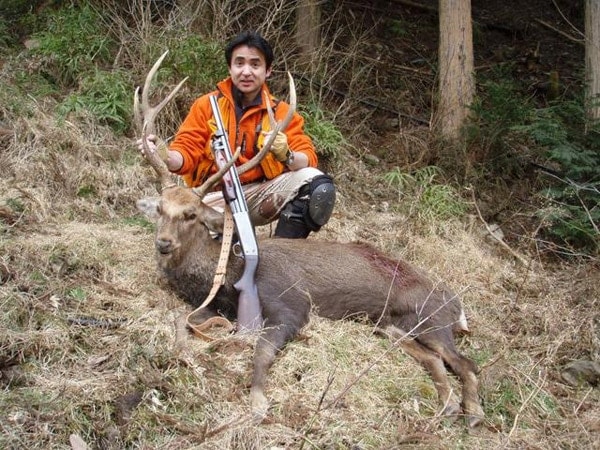 Depending on where you live, a 20-gauge shotgun will kill grouse but for many hunts, especially those walking in denser foliage, a 16 (like an Ithaca Model 37) or 12-gauge (Browning makes some good, versatile ones) may be a safer bet and for good reason.  If you go with these “more powerful” gauges, you have the option of carrying a few rounds loaded with buckshot or even slugs conditioned for smoothbore shotguns, meaning you still may have a chance to use your deer tag if you jump that big 12-point.

If game birds are not your thing then there are always squirrels. I can’t tell you how often I have been sitting, waiting the morning away having to contend with the sounds of a squirrel whittling down a beechnut not more than a few yards away, well within the range of the .22 pistol I kept on my hip.

On a day when the weather is so warm you are trying not to swat mosquitoes you can bet the whitetails have probably decided to stay put, and yet, in my experience, the squirrels always seem to be abundant. I have taken squirrels in such a way before and have never regretted it yet.

The meat (yes the meat) works just fine in potpies and stews, the pelt can be used for a number of purposes (especially when the numbers start adding up) and the tail is the prize of fly fishermen everywhere. The short of it is, you can justifiably use the animal (even if it’s to feed your dogs) if you get a little stir crazy and decide to pop a few bushies.

I recommend a .22 pistol, like a Ruger Single-Six Hunter or a Smith & Wesson Model 17, if you plan on taking squirrels during those few sacred fall weeks we call deer season.  The reason you want a pistol is you probably want to have a large caliber rifle with you in case you do come across a wall hanger buck.  Also, think revolver here as many states prohibit hunting with semi-automatic handguns and revolvers tend to have longer, more hunting appropriate barrels (if you’re state doesn’t care either way, then more power to you).

Depending on the region of the country that you live in, ‘yotes can prove themselves to be one of most challenging quarries a hunter can pursue and, perhaps consequently, many states allow hunters to take them year round with no bag limit (a testament to their proliferation and the difficulty they can pose sportsmen).  They also represent a game animal that shares a similar caliber profile to whitetail deer, i.e. if you make smart decisions about your gun, the same caliber you planned on taking deer with can be appropriate for coyotes. 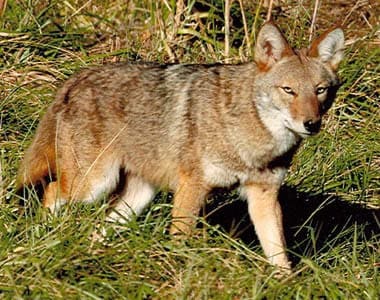 The method of hunting for coyotes varies widely from region to region. In the Western United States, where land is flat, calling and the use of decoys reigns supreme, while in regions with heavier timber, folks will try just about anything from basic stalk and track to hunting with dogs (not recommended and often not legal during deer season).

Classic deer calibers like .300 Win. Mag., .308 Winchester and .30-06 Springfield will put coyotes down without massive damage to the meat or pelt, especially if you use Spitzer bullets intended for entry and then exit.  In recent years .223 Remington has become a popular dog round, though it divides hunters on its ability to humanely take deer. Use your noggin and you’ll be fine. 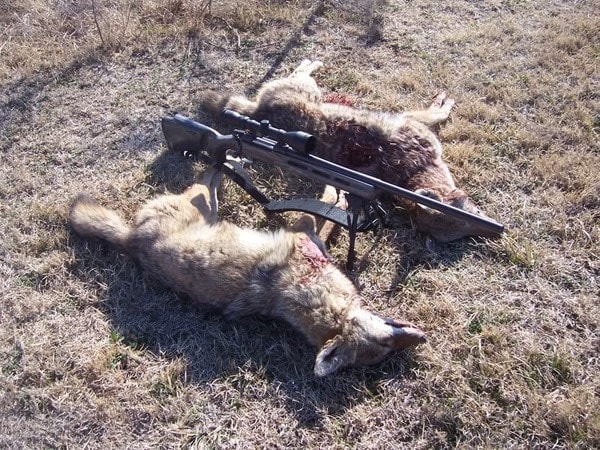 Coyotes predominately eat small game like rabbits, squirrels and mice, but they are also well-documented venison eaters.  This means on some level, you and Wiley are after the same prey, and though this may not equate to much in terms of an advantage, realize you’ll be looking to locate and travel along the same deer paths, making a chance encounter more likely.

While I wouldn’t recommend popping a grey squirrel if you have paid thousands of dollars to be on a guided whitetail hunt or if you are on a drive with other hunters, if you are out by yourself and you are sitting there in 60 degree heat and an opportunity presents itself, or if you just want to pack up the rifle and switch to a shotgun, then by all means go for it. I would much rather go home with at least some small game for the freezer than staring at a can of clam chowder wishing for some better table fare.