“Officer! Officer! I want to file a report,” a 28-year-old male hollered out to me and my partner. Looking over at him from inside our cruiser, he snapped, “Look!” Pointing to his car door, I saw several handgun rounds lodged into the heavy steel. “I got shot at,” he added. The guy was shaken up a bit, but he was alive. Luckily for him, the steel door panel and the cheap 9mm ammo protected him from being shot. 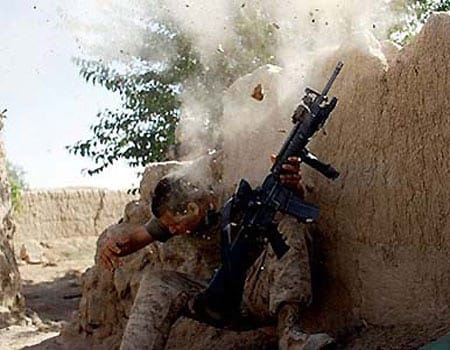 Cover is any object that offers protection from weapons fire. Of course, objectively speaking, a plate of 1/4-inch armor wouldn’t stop a .50 cal round, nor would a four-inch armor plate stop an incoming Howitzer round, even though both sizes of armor would effectively stop most small arms fire. Ballistic penetration is, therefore, dependent upon the size and type of projectile so, in short, situation and terrain will dictate tactics.

In light of the aforementioned scenarios, it should be obvious that nothing is completely and totally “bullet proof.” There aren’t “bullet proof” vests, just ballistic vests that are “bullet resistant”, rated to the caliber of round they will stop. So, let’s just focus on small arms: handguns, shotguns and rifles calibers much smaller than those used on bear, elk and elephant hunts. After all, those are the rounds someone’s likely going to use in a human vs. human altercation (e.g. drive-by shooting with a 9mm).

Some examples of cover are thick tree trunks, steel beams, large pipes, and brick buildings. A large vehicle engine could work well too. It should be noted that cover has the potential to deteriorate under fire after several shots or heavy machine gun fire, for example. Of course, that depends on the material or the type of cover. Moreover, rounds are subjected to deflection and ricochets too, depending on what objects they hit.  This is something hard, if not impossible, to predict in real life encounter, but something you should be cognizant of nonetheless. 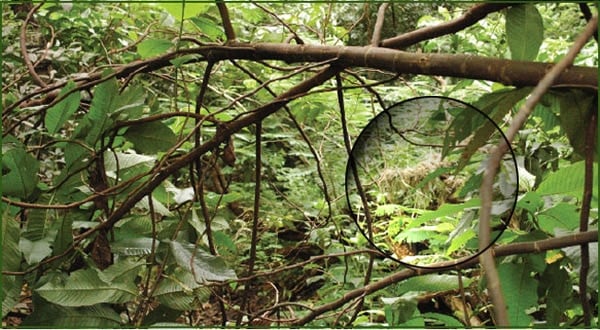 Concealment is something that conceals one’s location, but will not effectively stop incoming rounds. Examples of concealment are smoke or fog, darkness of night or leafy vegetation. Concealment is only effective when the enemy isn’t aware of an individual’s location or when an individual doesn’t willfully disclose his/her location. Camouflage clothing and camo gear material, face paint and ghillie suits are all efforts in concealment.

Finally, both cover and concealment are useful, depending on the tactical situation at hand, but cover should be the first option in extremis. Look for it, jump behind it. Shoot around it. Use cover to gain the tactical advantage.