It was Machiavelli who once said, “When you disarm the people, you commence to offend them and show that you distrust them either through cowardice or lack of confidence, and both of these opinions generate hatred.”

Prime Minister Nuri al-Maliki and the Iraqi parliament should reflect on those words before they pass a bill that would effectively ban the possession of weapons by anyone except military and state security personnel.

Abbas al-Bayati, the deputy chairman of the parliament’s Security and Defense Committee, told RFE/RL’s Radio Free Iraq (RFI) that “the first and second reading of the bill have been completed and the deputies are expected to make a final vote on the bill next week.”

He told the radio station, “the bill lays down strict requirements for licensing the possession of arms to ensure that the state and its respective security organs have a monopoly on the use of weapons.” 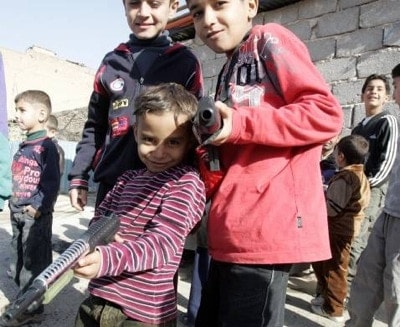 It also provides for severe penalties against those guilty of arms smuggling into and out of Iraq or involvement in illicit arms trafficking, Bayati added in the interview.

He underscored the overall message of the legislation is “no return to sectarian violence and no return to paramilitary outfits with harsh punishment for those who take the law into their own hands.”

However, there are those who believe that this government gun ban leaves the door open for abuse as the Iraqi government is far from perfect.

Political analyst Ibrahim al-Sumaidaie told RFI, “acts of violence and assassinations are often perpetrated by individuals employed as bodyguards of state officials or planted in the security and military establishment by hostile groups.”

In the interview, Sumaidaie cited the Interior Ministry’s internal affairs department saying its achievements against terrorist groups have been undermined by a serious infiltration of its ranks by insurgents.

But Major General Muhammad al-Askari, a media adviser to the defense minister, believes they have the corruption and sectarian infiltration under control.  He told RFI, that, “existing controls will be tightened to stop and punish any abuses by members of the armed forces and security agencies.”

It’s been said that one way to determine how successful a democracy will be is by answering the question, “who is going to police the police?”  Here in the U.S. we are fortunate enough to have a Second Amendment.  One can argue that our Second Amendment has had a lot to do with our success and longevity as a sovereign, free nation.

It stands to reason that if the Iraqi people are forced to give up their weapons and their right to protect themselves, their new democratic experiment may be very short lived.