A few weeks ago, the New York Times published a lengthy article along with some follow up comments and a Q&A session with the author of the piece that discussed how felons are having their gun rights reinstated.

The central thesis of the piece was as follows, “Under federal law, people with felony convictions forfeit their right to bear arms. Yet every year, thousands of felons across the country have those rights reinstated, often with little or no review. In several states, they include people convicted of violent crimes, including first-degree murder and manslaughter, an examination by The New York Times has found.”

The article profiled several individuals who were charged with felonies, went to prison, got released from prison, had their gun rights reinstated, and then went out to commit another crime – or are believed to be a danger to society.  This latter point, “believed to be a danger to society” is what it seems.  That is, they haven’t done anything wrong just yet, but the Times suggested that they would, inevitably (see William James Holisky II profile). 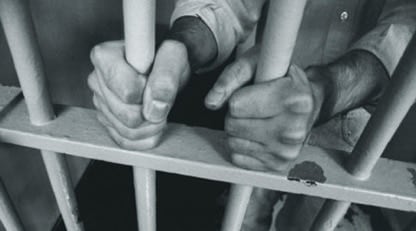 The New York Times is, well, the New York Times, so one can expect a certain bias that sways in favor of gun control.  But looking past that bias, the article did raise several cogent points about states that have laws and/or judicial systems that automatically reinstate a non-violent felons gun rights with no review process and/or oversight.

Here are some examples, along with some of my comments/questions, taken from the Q&A session the author had after the article was published.

“In Minnesota, for instance, non-violent felons regain their firearms rights when they complete their sentences. People who have committed a “crime of violence” must petition in court to have their rights restored. The law, however, does not require that prosecutors be notified; petitioners can apply anywhere, so they can, theoretically, shop around for friendly judges; and there is no waiting period. Applicants are merely required to show ‘good cause.’”

How does a court define ‘good cause’?  Does a person who has been convicted of a ‘crime of violence’ ever have good cause to own a firearm?

“I also cited cases out of Ohio for the article, including that of a first degree murderer who had his gun rights restored. Ohio is another state where non-violent felons can possess firearms upon completion of their sentences. Violent felons are barred but can petition in court. The state’s statute requires that a judge find that the petitioner has ‘led a law-abiding life since discharge or release, and appears likely to do so.’ I reviewed several dozen restorations of gun rights in Ohio, including cases in which people had been convicted of voluntary manslaughter, sexual battery and felonious assault.”

I think we can all agree that no individual convicted of first degree murder should ever have his/her gun rights restored.  Right?

“In Montana, the only felons who are not allowed to have firearms when they complete their sentences are those who used a dangerous weapon in their crime. Even these people, however, can petition in court to have their firearms rights restored. In North Dakota, even felons whose offense involved “violence or intimidation” automatically regain their firearms rights 10 years after completion of their sentences.”

And as far as hard numbers are concerned, the author studied Washington State and found the following, “Since 1995, more than 3,300 felons and people convicted of domestic violence misdemeanors have regained their gun rights in the state — 430 in 2010 alone — according to the analysis of data provided by the state police and the court system. Of that number, more than 400 — about 13 percent — have subsequently committed new crimes, the analysis found. More than 200 committed felonies, including murder, assault in the first and second degree, child rape and drive-by shooting.”

Now, if one accepts these numbers (to read more about how the NY Times computed them, click here), he/she should be alarmed. 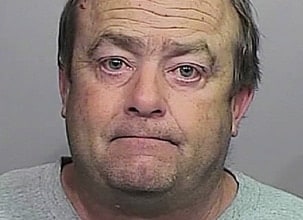 See, the reality is that gun control advocates have a very difficult time attacking law-abiding gun owners, i.e. gun owners who have never been convicted of a felony.  The reason is obvious, because we represent the best and brightest society has to offer.

While we differentiate between ‘law-abiding’ and/or ‘responsible’ gun owners and everyone else, the public, particularly the gun control crowd, does not.  It’s simply those who own a gun and those who do not own a gun.

So, we should pay particular attention to how easy/hard it is for felons to regain their gun rights because, whether we like it or not, once they get them back they represent the gun community.