For many it’s a holiday tradition.  Have the family over for Thanksgiving, stuff oneself with turkey, mashed potatoes, and pumpkin pie; then go out around 10 PM to the local Walmart or Target or wherever it is they have “Black Friday” sales and fight through the thronging masses to get at the few items in the entire store that are heavily discounted.

For one reason or another, some people love holiday shopping.  These people don’t seem to mind the long lines or the disgruntled employees or the knuckleheads who are willing to resort to fisticuffs for a Wii video game.

For one thing, Black Friday crowds have been known to stampede through stores, trampling everyone and everything in their sights.  One should recall that in 2008, a Walmart security guard was trampled to death in a Long Island store.  Also wounded in this incident was an 8-month-pregnant woman.

Additionally, criminals can use the cover of night in the early AM hours to take advantage of unsuspecting and weary shoppers. 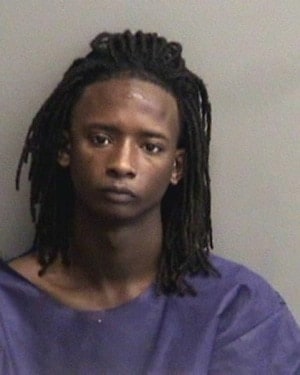 This past Black Friday, for example, a 20-year-old Oakland man was apprehended by police in a shooting that happened during a robbery in a Walmart store parking lot in San Leandro, CA.

Police have identified the suspect as Tony Phillips.  Phillips was arrested on suspicion of attempted homicide and attempted robbery.

According to police reports, Phillips along with two other accomplices drove their black vehicle up behind the victims’ red Volvo, to corner the victims in the parking lot.

Phillips and the other two suspects jumped out of their vehicle and demanded that the victims hand over their stuff.  When the victims refused, a fight ensued.

During the melee, one of the suspects shot one of the victims.  At that point the two missing suspects fled the scene leaving behind Phillips who had been subdued by the shooting victim’s family.

The police got word of the fight at about 1:50 AM and arrived at the scene shortly thereafter.

The shooting victim was taken to a nearby hospital in critical, but stable condition, police said.

In response to this incident, Walmart spokesman Greg Rossiter said, “Our prayers go with the victim of this senseless act of violence.”

He added that Walmart was fully cooperating with the police investigation, but was not sure whether the store had any video surveillance of the scene.

So, this Oakland shooting as well as what police refer to as “competitive shopping” mishaps (such as the California woman who doused a crowd of people with pepper spray to snag a video game console) should serve to remind shoppers that safety is a chief concern.

For the remainder of this holiday season, one should remember to take the necessary precautions while shopping.  Here are several safety reminders:

Shop online if possible.
Shop during the daytime.
Shop with friends/family (buddy system).
Bring a cellphone.
Avoid raucous crowds.
Park as close as possible to stores.

And that’s all.  Unless I’m forgetting something.  Feel free to share you shopping safety tips in the comment section..