The constitutionality of an Omaha, NE, ordinance that restricts legal immigrants from registering handguns is now being questioned by a federal court thanks to the efforts of the Second Amendment Foundation, the Nebraska Firearms Owners Association and Armando Pliego Gonzalez, the case’s main plaintiff.

Last week, U.S. District Judge Joseph Bataillon granted a preliminary injunction against the enforcement of the ordinance so that in the meantime, as the court sorts out the constitutionality of the ordinance, legal non-citizens in Omaha can now possess handguns.

“We’re delighted with the judge’s order,” said SAF Executive Vice President Alan Gottlieb. “Mr. Pliego has been a legal permanent resident since 2008, and he jumped through all of the legal hoops to legally purchase a handgun to protect his family after his home was invaded and robbed in 2010.” 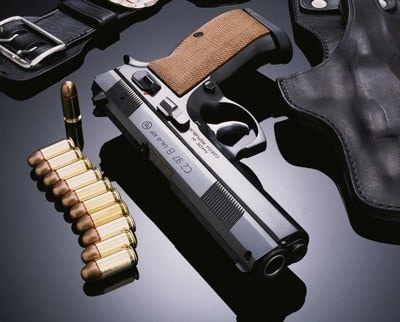 According to the Omaha World Herald, the city is not waiting on the court’s ruling, city officials including Omaha Police Chief Alex Hayes and Mayor Jim Suttle are hoping to amend the ordinance to allow legal immigrants to register handguns.

“We are encouraged at these developments,” Gottlieb stated. “We had a similar experience with a state law in Washington that was changed following a SAF legal action. We will oppose such discriminatory laws and regulations wherever we find them.”

“Pliego Gonzalez and his wife are both legal permanent residents, and good members of the community,” he added. “The couple has four children. It is simply wrong when a local regulation stands in the way of someone’s exercise of a constitutionally-protected, fundamental civil right, especially when the safety of his family is at stake.”

Gonzalez is being represented by attorneys Bernie Glaser of Lincoln, and David Sigale of Glen Ellyn, IL.

“Omaha’s prohibition on registration of handguns by non-citizens, even those legally in the United States like Pliego, significantly limits Pliego’s ability to protect himself and his family in the event of violence,” the lawsuit reads.