Bersa of Argentina makes great guns for the frugal shooter.  And they have a lot of friends.  People everywhere have come to trust Bersa firearms for self-defense, concealed carry, and nightstand duty.  As range toys they’re fun as hell, and internationally, you’ll see ’em competing.

If Bersa’s got one thing holding them back it hasn’t been their track record or low prices, and it’s probably not the slap-dash finish their firearms are graced with; its their small catalog.  Not that they don’t have their bases covered, with compact and subcompact pistols chambered from .380 to .45 ACP, .22 Long Rifle plinkers, and full-size service and duty firearms chambered from 9mm Parabellum to .45 ACP, it’s that the same bases have been covered by everyone else for a long time.

Which makes sense since their designs are overwhelmingly Walther’s.  Their blowback pistols are basically PP and PPK clones, and others modeled on the Beretta 51 (not without a few improvements, namely, a frame-mounted safety and SIG-compatible sights).  But when your company is known for its solid clones of other guns, clearly, you’re not innovating. 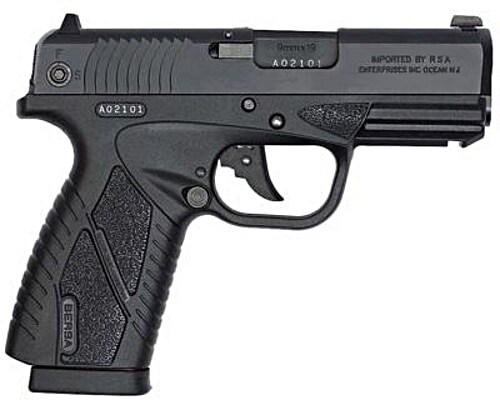 That is until now, with the Bersa BP 9 CC, which in all likelihood stands for Bersa Pistol, 9mm, Concealed Carry and isn’t at all in reference to a certain Mexican Gulf disaster.

The BP 9 CC is a lot of things no one else seems to be making right now.  A non-subcompact, striker-fired, polymer-framed, single-stack pistol with a pretty significant 8+1 capacity.  At 6.3 inches long, 4.8 tall, and less than an inch wide, the BP has very little competition.  It’s a “short reset” double-action only pistol with a 3.3-inch polygonal-rifled barrel, and it weighs 21.5 ounces with the magazine. 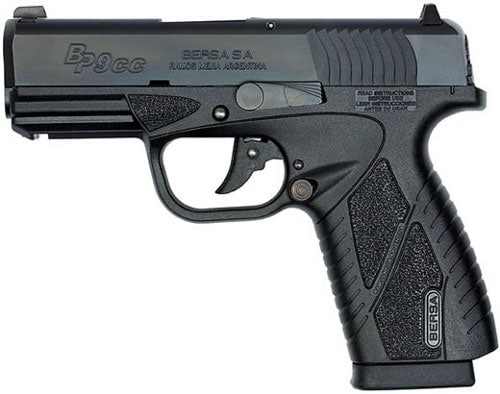 (One odd thing about it is that it apparently uses a SIG front sight and a Glock rear sight.  That’s… hopefully not going to be a problem.)

The BP 9 CC will be available in matte black, and soon in two-tone, and has a key lock, a firing pin safety, a trigger safety, a loaded chamber indicator, and it’s got its sights squarely set on Kahr.  (And maybe the Glock 36… maybe.) 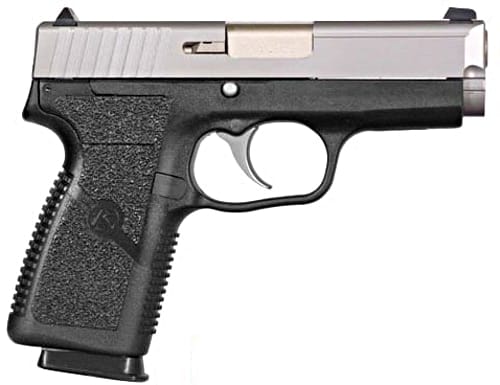 Kahr is one of the only single-stack, compact gun manufacturers out there, and they’ve been cashing in on people’s desires for a slim gun that shoots service-caliber ammo, but that isn’t a pocket pistol or even a sub-compact; something that you can still hang on to.  But guns like the P9 and TP9 start at just under $600.  Bersa’s similar BPs have an MSRP of $430, which means we can bet prices will start at $300. 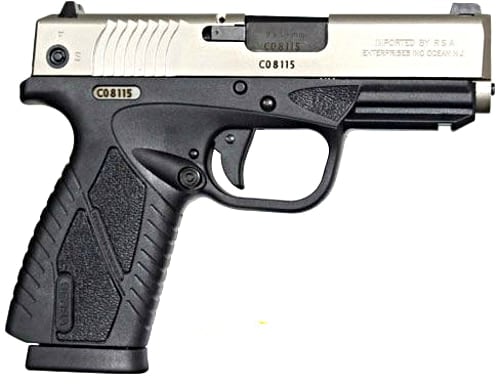