Share
It’s one of the most common sights in Iraq and Afghanistan, or at least when I was there: a solitary gunner manning a big gun atop a Humvee. Although these pictures may seem indistinguishable to many in the west, possibly due to the homogenizing effect mass dissemination can have on the brain, to the careful eye it can be truly amazing how unique these images actually are.
Those big guns are generally M2 Browning .50s and 240 machine-guns. The gunners, usually infantrymen or military police. The Humvee: an M-1116 Up-Armored High Mobility Multipurpose Wheeled Vehicle.

Fully enclosed and steel plated, today’s armored Humvees are a sight to behold. Slap on a fancy new machine gun, and you’ve got one outstanding fighting machine. Yet, this hasn’t always been the case. It’s interesting (and alarming), to look at the evolution of turret-mounted Humvees. From the canvas-skinned, open-air turrets of the 2003 invasion, to the uber-high-speed Chavis Turret of today’s Coalition forces, the armored Hummer has come quite a long way. 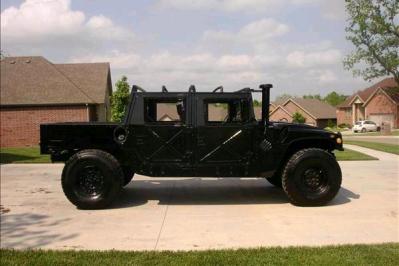 Entering service in 1985, the Humvee or High-Mobility Multipurpose Wheeled Vehicle is a four-wheel-drive beast. Tough, reliable, and designed to traverse all types of terrain and weather conditions, the HMMWV has a range of 350 miles. Weighing in at 5,200 pounds and powered by a V8 fuel injected diesel engine, the vehicle comes in several variants. The basic M998 Humvee has been re-designed to meet the challenges faced in Iraq and Afghanistan – in particular IEDs. Thick steel plates and nearly four-inch thick glass protect the current M-1114 and M1116 Up-Armored Humvee. Bolt on a gunner shield, and you’ve got a much better chance of surviving an IED blast or sniper’s bullet.

Adding to the survival rate of Humvee bound troops – the Chavis Turret. Introduced in 2007, and assembled by the 447th Air Expeditionary Group, the Chavis is a state-of-the-art gun shield. Dome-shaped, with 10”x10” ballistic glass panels and 3/8 inch rolled ballistic steel, the structure can accommodate heavy weapons while allowing the gunner a safe, 360 degrees field of view.

From the looks of it, the Chavis Turret is one tough mother. Most modifications were a result of feedback drawn from front line troops. Undoubtedly, this new gun shield system has been a major step forward in reducing American causalities. 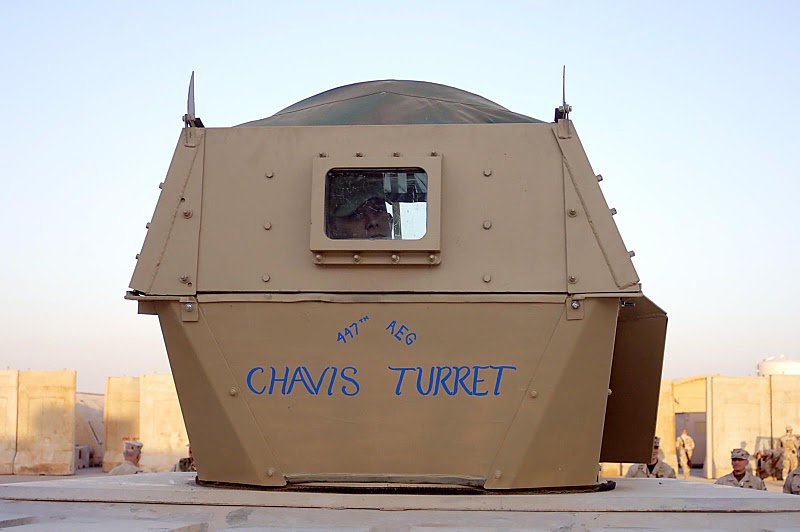 Nevertheless, hardtop Humvees constructed with roof hatches and turret rings are extremely rugged vehicles.  Able to mount numerous weapon systems, including the .50 caliber Browning M2; 40mm Mk-19; SAW; M240G; and the Vietnam-era M60. Theoretically, any weapon that can be mounted can be strapped atop a Humvee .

In terms of the Ma Deuce (.50 caliber Browning M2), one of the oldest weapons in America’s armory, the John Browning design has proved extremely effective atop Humvee. The M2 is capable of firing a variety of rounds such as the blue-tipped incendiary round, red tracer, standard ball, and the insanely powerful sabot light armor penetrator (SLAP) round. Similarly, the Mk-19 is capable of firing several types of ammunition. From high explosive (HE) to non-lethal crowd control, the 40mm grenade packs a five-meter kill radius and fifteen-meter casualty radius. With a cyclic rate of 325 to 375 rounds per minute, we’re talking major devastation.

Your standard M60 (which, to the dismay of many old salts, is slowly being phased out) is capable of spraying hot lead at 500 to 650 rounds per minute. 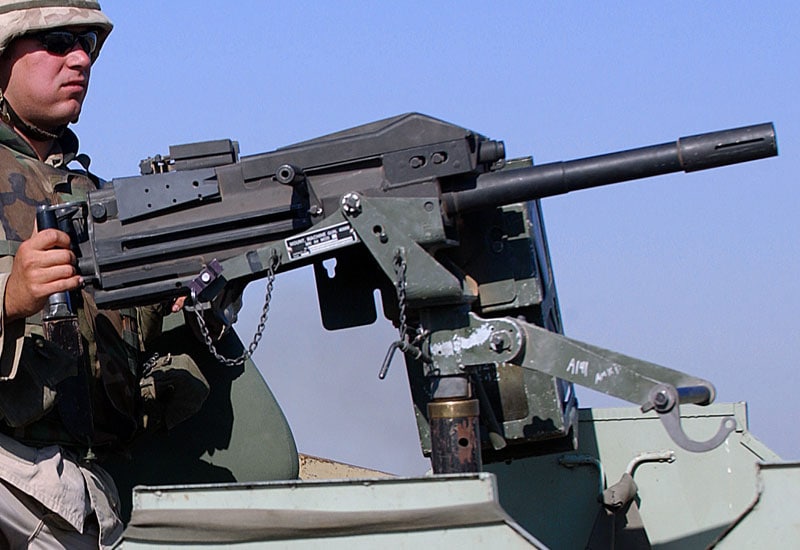 The United States Marine Corps recognized the unique capabilities of turret mounted Humvees and created the CAAT platoon. Originally designed to battle armored vehicles, these Combined Anti-Armor Teams have branched out to convoy security and scout reconnaissance. Comprised of heavy machine-guns and the Tube-launched Optically tracked Wire-guided missile (TOW), CAAT platoons are nimble tank killers.
Able to out maneuver tanks, machine-gun toting Humvees “button up” (cause the vehicle operator to close all hatches for protection) an enemy armored vehicle, while their TOW counterparts unleash a wire-guided hellfire. Generally sporting heavy machine-guns like the M2 Browning and M240G, CAAT teams also employ Mk-19s and SAWs. Playing an increasingly vital role in today’s combat environment, CAAT platoons have proved to be highly adaptable.
The armored Humvee has created an indelible image. We see it almost everyday on television, the Internet, and even movies – a soldier manning a machine-gun atop a Humvee. American armored vehicles have drastically evolved from the days of open air Willys Jeeps and canvas-skinned Humvees. With a variety of uses, tactics, and weaponry, the Up-Armored Humvee is a proven workhorse – and deadly hunter.