Laser pointing systems project onto a shooter’s intended target; this is in contrast to a red dot sighting system, which doesn’t project out away from the shooter. Laser sighting systems have become ubiquitous. They can be found in every gun shop and all over the Internet. But are they really worth getting? And, what’s the tactical application of having and using a laser?

Gadgets and gizmos are fun. Every gear-guy needs some tacti-cool bells and whistles for his gun, right? Certainly, there’s a time and place for specialized accessories. Situation and terrain, of course, will determine which tactics or which literal tactical tools (like a laser) should be used. Let’s examine the pros and the cons. 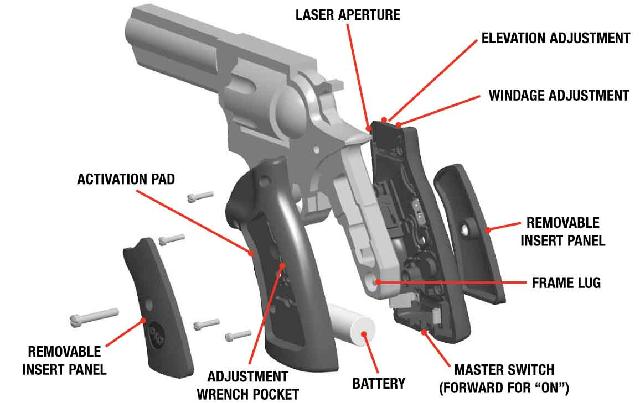 First, there’s an intimidation factor. For instance, in a dark domicile, a resident gun owner, ideally protected by the Castle Doctrine, could grab a handgun in the middle of the night and use a laser sighting system to point at a threat. Seeing a laser honed in on his chest, a burglar could be quite intimidated and fearful. However, that all depends upon the perception of fear of the adversary, and who really knows what this will be?

In a low-light scenario, if getting a sight picture from the open sights in totally dark or low-light conditions is difficult (meaning the sights aren’t night sights), a laser could be very beneficial. However, if the area is bright, lasers might not be able to be seen or quickly picked up by the shooter. In other words, quick target acquisition could suffer because of the laser.

Remember, if you can see an adversary, he can certainly see you. Activating a laser pointer while hiding in the shadows gives your concealed position away. Accidentally activating a laser at the wrong time could also be bad, giving away your position. Should smoke be deployed in a tactical situation, lasers will telegraph your position to anybody in the vicinity in a big way, jeopardizing your effectiveness in combat.

And there are things aside from concealment when using a laser to consider that can seriously tamper the tactical advantage needed to win legal confrontations. For instance, lasers can bounce off any reflective surface, something many people fail to consider. When working with two or more shooters equipped with lasers, perhaps in a tactical team, sights can easily get messed up by reflection or simply crossed, with the shooters losing track of which dot corresponds to their weapon. In other words, someone could be pointing at the wrong or innocent target, but think he’s on target and that could have a disastrous ending. Certainly, allowing one man, say the dedicated point-man in a tactical team, to have a laser may be handy under the right circumstances. If two shooters have lasers, they need to be different colors. 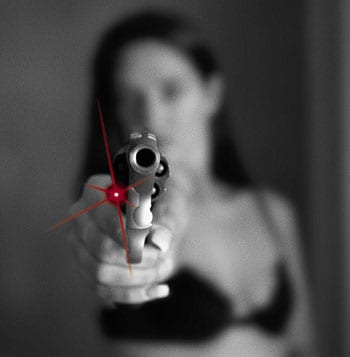 New shooters, or those not too comfortable with their shot group, might benefit from using a laser sighting system for home defense. Stress and marksmanship fundamentals, of course, will always play a factor. However, new shooters should never get used to looking for lasers, instead learning how to shoot using the actual sights. The same goes for seasoned shooters. Relying on a laser system is fundamentally incorrect, not to mention impractical in real world scenarios.

In sum, there’s some good and some bad–some pros and some cons–when it comes to using laser sighting systems. Much of it depends on shooter preference, and it’s laced with the tactical axiom: situation and terrain will dictate tactics. But, in the final analysis, laser sighting systems are not all that necessary; they’re more of a nice-ity…and sometimes not even that.