Firearms and high-end female fashion have traditionally belonged to mutually exclusive worlds, but it won’t stay that way for long if fashion designer Simon Pasque can find a way to get her latest invention off the ground.

Pasque showed up to the Interaction Design Institute in 2002 with an idea seemingly born out of a James Bond movie. Actually, Pasque got the idea after interviewing a woman for her thesis who expressed a desire to “intimidate her intimidators”. Soon, the “Electric Cinderellas” were born.

The intention behind Pasque’s “Electric Cinderella” shoes was clear: create sexy women’s footwear that could also pack a punch. No longer would endangered females need to fumble around a purse to find a bottle of mace when confronted with trouble. Now, with a pair of “Electric Cinderellas”, women could be walking on a functioning stun gun.

The idea of Pasque’s invention looks something like this:

Each pair of the shoes would come complete with a matching necklace. If a women was faced with unwanted attention, she would tap the necklace to activate an electric spark in the transparent tip of the shoe. If the bad guy in question wasn’t already intimidated, a simple kick would send the potential assailant’s body into uncontrollable spasms.

Some women even looked pretty good in them. 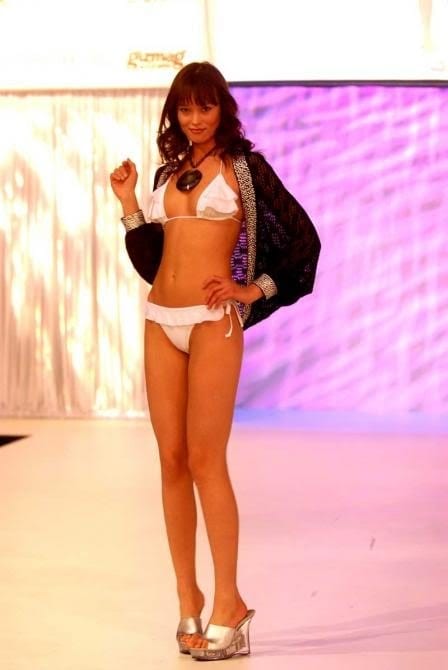 In medically-controlled tests run against 300 pound men, virtually all of them fell to the pavement and were unable to maintain muscular control. A full 80 percent of the men lost control of their bladders and urinated on themselves. Guns.com can’t imagine the type of men who would volunteer for such a test, but we admit that it would make a pretty great Craigslist ad. Don’t worry: the conditions were said to wear off within a span of a minute or two. Even still, that would be more than enough time for a woman to make an escape or call the police.

Alas, there has been little news on Pasque’s invention in recent years. As awesome as the high-heels-turned-stun-gun sounds, it may be an idea more appropriate for an action movie than the realities of day-to-day life. Still, Pasque is said to be seeking funding for her invention, and we can think of one actor-turned-investor who might be interested. 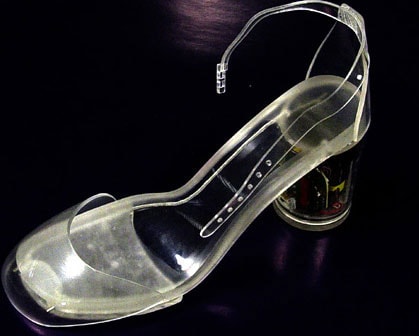 Even if the days of being able to pick up Pasque’s fashionable ass-kickers at a local retailer remain years into the future at best, it’s an idea we’ll be pulling for. Combine a pair of “Electric Cinderallas” with the Flashbang Bra Holster, and those late night walks around town suddenly become a lot less scary for ladies who like to look good while also carrying around some inventive forms of self-defense.

So, guys, we have to ask: would you want your girl walking around with 100,000 volts of stun gun power strapped to her feet? We’re all for female empowerment, but just think about how these shoes could be abused. With an entire army of women walking around with these bad boys, getting men to take care of simple household tasks like taking out the garbage or cutting the lawn would become a lot easier.