Barnes' New Bullets and Ammo, For Hunting, Competition, and Duty

Barnes introduced four new bullets and a new addition to a line of ammunition, which will be available in 2012. A little something for everyone, with updates to their LRX, Match Burner, M/LE, and Varmin-A-Tor bullets, as well as their VOR-TX loaded ammunition.

The LRX bullet is a long-range hunting bullet, which is designed as a solid copper projectile with a steep ogive and a boattail. They’re polymer-tipped hollowpoints, which are about as proven a design as it gets. Barnes will be updating the LRX with 6.5mm, 7mm, and .338 Lapua bullets.

Match Burner bullets are designed to have a decent sectional density, but above all, an extremely high ballistics coefficient. The Match Burners, in the right hands, are capable of 1/2 MOA accuracy out to 1000 yards, which is nothing to sneer at. Barnes will be adding a 7mm bullet to this line of bullets designed for the competitive shooter.

M/LE bullets are tactical. We know this, because they are polymer tipped, and the polymer is black. They’re also designed to feed and function specifically in short-barreled ARs, and expand at lower, say subsonic, velocities. Getting on the bandwagon, Barnes is now in the tactical 300 BLK bullet business. 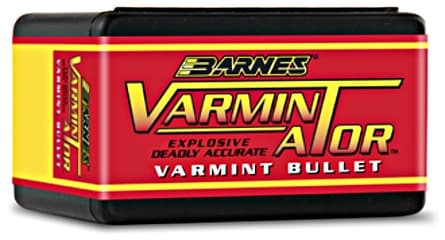 And finally, the Varmin-A-Tor bullets are for the little things in life. That you want to make asplode. And asplode them you shall, as strictly speaking, the Varmin-A-Tor projectile is being reintroduced; it had quite the following back then. Varmin-A-Tors will first be made in .20 caliber bullets from 32-50 grains, and 6mm in 58 and 72 grain bullets. 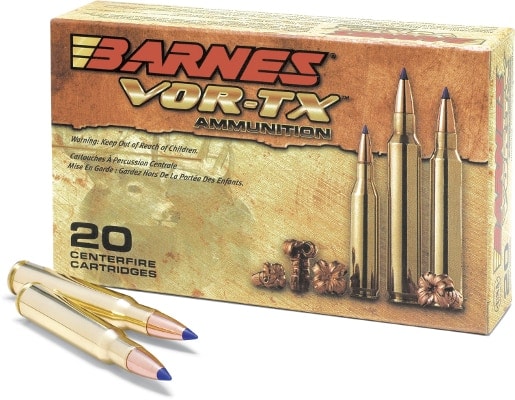 Barnes has a strong customer base and has won many awards for their innovations in ammunition design. Their products are above all, reliable; they’re reliably accurate, they’re reliably effective. And while we appreciate Barnes’ dedication to some of the lesser-used calibers, we have high hopes that their addition of 6.5mm and 300 BLK bullets is a good omen for those chamberings.