Former Director for the Transportation Security Administration Tom Blank made an appearance on Fox News last week and as incredible as it sounds, he stated that at some of the larger airports across the country as many as four to five handguns are turning up in TSA X-rayed carry-on luggage daily, around 1,100 nationally annually.

Somehow, there’s something inside of me that screams, “Yes, John, people actually do believe they can get away with carrying handguns on board flights nowadays.” Air marshals are armed, of course. So are other federal agents carrying the correct documentation, as well as most law enforcement officers who have the right to carry concealed firearms on board airline flights, again with that documentation. But that’s pretty much it.

I flew to New Mexico a few years back for a shooting competition, and didn’t have any problems at all transporting my guns. But my rifle was in checked luggage, unarmed, and separated from the bullets. As long as you follow that basic rule, and let them know at the ticket counter you’re traveling with weapons, you shouldn’t have too much of a problem. Some airlines have an issue with the bullets in your checked luggage, but most don’t.

Tom Blank went on to say that not only does the passenger with the gun in his carry-on bag cause an enormous problems for security, but also lengthy delays in clearing everyone else through the screening process. He said that fines for those types of violations can be as high as $11,000, not to mention the jail time if the offender isn’t supposed to be carrying in the first place. Blank only guessed as to the reasons people try to get away with carrying guns — most of which are loaded, by the way — onto airplanes in their carry-on bags, saying that it’s his belief that they mean to cause harm to themselves, the other passengers, or the flight itself. 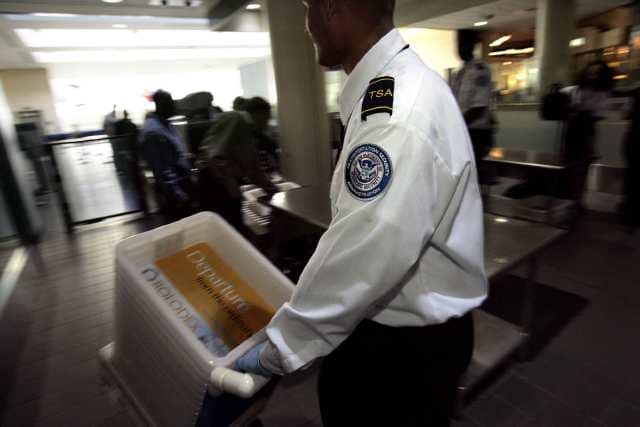 What we know for sure is that 9/11 changed the world we once knew. Where we were once mostly oblivious and innocent in our thinking before that day, we’re now in a world where everyone must be aware, alert, and wary.