Not Enough Gun: Hunting With Too Little Firepower

Not long ago, I wrote about shooters using too much gun for the task at hand, but what about when the opposite is true? How do we come to understand what’s too little in the way of firepower?

Well I’ve come realize a lot of how we judge if a round is too light for the job, is simply informed from our personal experiences with the round. Here are four examples:

1.  Whitetail Hunting with a .223 Remington Rifle?

Four years ago when I was deer hunting, I came across a younger guy trying desperately to track a four point buck that he had shot. There was no blood trail. The hunter was using a H & R Handi Rifle fit with a scope (I’ve had several and these rifles, and it’s a great gun for the money) but his was in .223 Remington.

This is a caliber I have never really been sold on for deer, and this experience reinforced my stance. He was only about forty yards away and hit the deer clean. Since he was familiar to me (I knew this was not just his first deer and that he had years of experience hunting) I didn’t doubt him. The deer wandered off and was never seen again, or at least by humans because I always supposed coyotes ate him later on.

Personally, I would never hunt deer with a .223.  A .243 Winchester is the least of the rifle calibers I would ever take in the woods to use on whitetails. 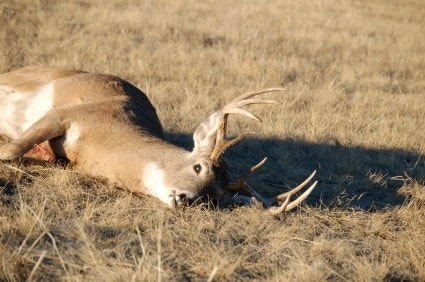 I had an old timer once regale me with stories of how he had killed dozens of coyotes with nothing more than a .22 long rifle. While I don’t doubt that a coyote can be killed with this caliber, I would personally not feel comfortable using this cartridge for dogs.

It’s just that over the years I have seen the .22 LR take some punishment before and prefer something with a little more steam on it and with the rainbow of powerful, low caliber rounds available today, I have a lot to chose from. The .22 Hornet is the very least I would use on ‘yotes and still feel like I can achieve the effect I want though I wouldn’t hesitate to name the .218 Bee and the .25-20 as lower caliber rounds I would use on coyotes, both great varmint cartridges in their own right.

In my opinion one of the greatest shotgun rounds out there is the .410, but I think the 20 gauge is all over it when it comes to ruffed grouse.

It used to be nothing for a kid growing up to get handed a .410 to go out and clean the squirrels out of a tree or to bring home a bunny for supper. The problem with the .410 is that if you want to hunt anything larger, it starts to get pretty lean. I saw a couple of times what happens when a .410 is brought to bear on a ruffed grouse. I saw hit after hit scored and the bird fall to earth and run off or witnessed a small poof of feathers and a grouse tail flying away (albeit a bit wobbly). None of those birds I saw winged were recovered either.

I think the 20 gauge is the least of any shotgun I would want to use on grouse or any other serious woodlands bird. If I was to hunt doves (there is no season for them here in New York), I might reconsider the .410. Just not for the tough old grouse up here in northern New York. 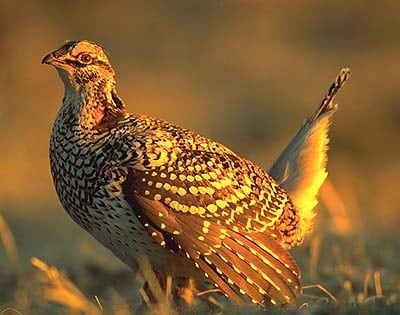 When it comes to personal defense, I am really big on using the biggest caliber that one can shoot accurately.  I do however think you should set a minimum for yourself and some calibers that I’ve heard things about really don’t instill a lot of confidence.

I once knew of a man who carried an old H & R break open revolver in .38 S&W, which is a caliber that has a history of poor performance. Teddy Roosevelt was shot with one, and he went on to deliver a speech before seeking medical attention despite the bullet being so close to the heart. The .25 ACP gets a lot of attention, both bad and good. I used to carry one, but I never truly felt that it could be the best thing in a fight so I upgraded to a .38 Special snub nosed revolver. I would not use anything smaller than a .38 Special or a .380 for personal defense.

I will leave you this this: as with everything in life there can be too much, but as the old saying goes, use enough gun!