Texas Tech Celebrates the 40th Anniversary of “Guns Up” Sign

It’s the iconic gesture at Texas Tech University, one that is meant to strike fear into the hearts of opponents while simultaneously underscoring the solidarity of the Red Raider nation.  I am of course referring to the Red Raider “Guns Up” sign.

For those who don’t know what the “Guns Up” sign is, it is a sign made by extending the index finger outward while extending the thumb upward and tucking in the middle, little and fourth fingers to form a gun (see pictures below).  And this season marks the 40th Anniversary of the “Guns Up” tradition. 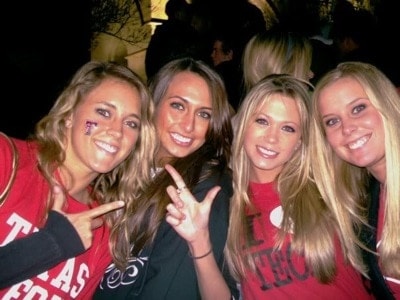 According to the University website, the sign can be traced back to L. Glenn Dippel, a 1961 alumnus of Texas Tech. He and his wife Roxie were living in Austin and faced the daily presence of the ‘Hook ’em Horns’ hand sign used by University of Texas fans.

So, the Dippels decided to retaliate. They looked to mascot Raider Red and his raised guns for their inspiration and in 1971 developed the Guns Up hand symbol. The Saddle Tramps and Texas Tech cheerleaders immediately adopted Guns Up and a new tradition was born.

“I remember when it started, and it caught on like wildfire,” Bill Dean, executive vice president and CEO of the Texas Tech Alumni Association, told the Avalanche-Journal.

“Every university searches for its identity and traditions,” Dean said. “The most recognizable tradition Texas Tech has is the Double T, followed by the Masked Rider, Guns Up and Raider Red.” 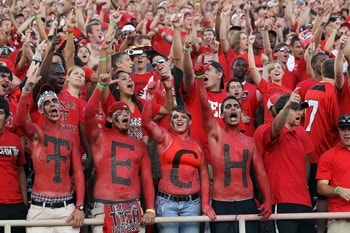 “As far as Tech people are concerned, it has become very much a tradition, very much part of our culture,” the Dead added.

And Dippel, who was also interviewed by the Avalanche-Journal, joked about how the ‘Guns Up’ sign was his second greatest accomplishment – marrying his wife was his first.

“I feel somewhat humble,” he said about his co-contribution to Tech history. “Texas Tech has been good to all of us — to me, my wife, my boys. All three of my boys graduated from Texas Tech. We’re very proud of it.”

So, here’s to the ‘Guns Up’ gesture, may it continue to live on and be celebrated as one of the most memorable college traditions. 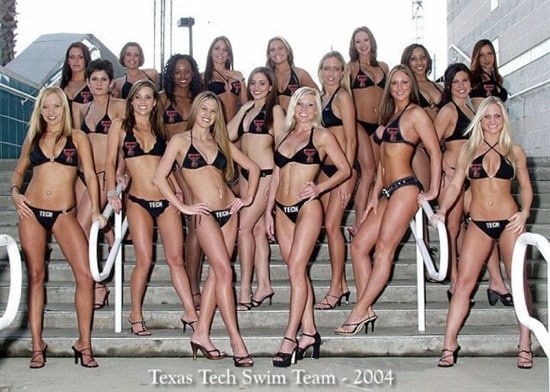