It’s safe to say that the Ruger 10/22 is one of the better all-purpose rimfires on the market.  If you’re camping, hunting small game, plinking, or even putting in some trigger time to improve your shooting skills, the 10/22 is a smart choice.

“The gun is light, and can be handled by anyone of almost any age or physical condition. The sights are simple and intuitive. Loading the stock 10 round rotary magazine is straight-forward, and the magazine can only be placed in the gun in one way. Charging the chamber is easy. The safety is simple and easy to reach. The trigger is crisp and clean. Recoil is negligible.

“It comes down to this: if you don’t own a 10/22, you should. You owe it to yourself and everyone you’d ever like to introduce to shooting.” 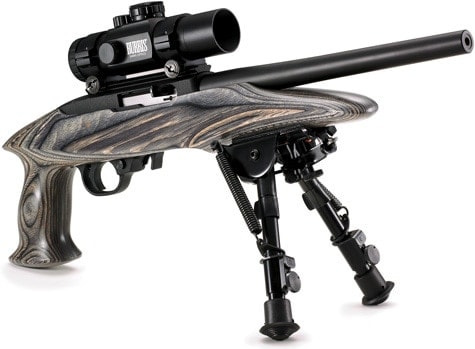 There are surprisingly few options out there for backpackers and other light travelers.  The Henry Survival Rifle and the Marlin Papoose have been the only serious contenders in the take-down .22 arena for some time now.  There were others, but most have been discontinued.

Which is why AGP Arms is a big damn hero to us.  They’ve put together a take-down kit for Ruger 10/22s that’s just tops: 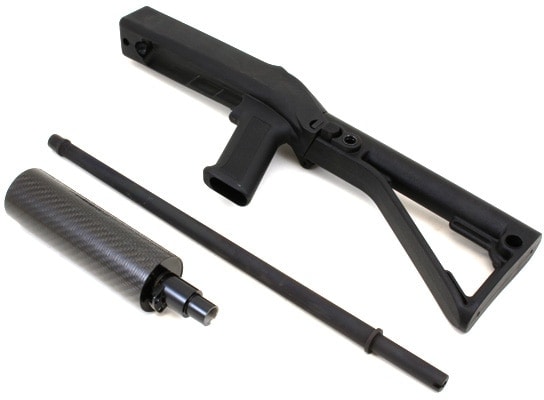 “The heart of this system is our custom match grade barrel that not only is ¾ lb lighter than factory but considerably more accurate. Threaded 1/2-28. The barrel works hand-in-hand with our quick release, return to zero adaptor. This system is engineered so no tools are needed to remove or re-install the barrel in just seconds, and it will remain sighted in to a receiver mounted optic.

“The stock is a push button latch, side folding assembly. Constructed from injection molded glass filled Nylon, it’s very strong while being super lightweight. With the barrel removed, the folded stock/receiver assembly is very compact at about 11″ long.” 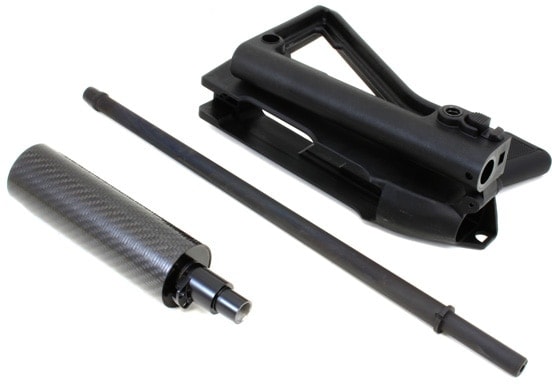 The forearm is carbon fiber, which absolutely saves on weight.  It does add a bit to the pricetag, which might be more than you spent on your 10/22!  Not by much, though.  The AGP Arms Take Down 10/22 Conversion kit runs $240 before shipping; $265 with a 12-inch hand guard.

That and a couple of high-capacity magazines…